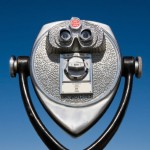 Is a claim to an assay patent-eligible when all its features are known save for how it should be interpreted? The interpretation is clinically significant because it allows a family of drugs to be administered safely even though a minority of patients are at risk of significant and in some instances fatal side-effects. Before the invention knowledge was available to enable the practical steps in the assay to be carried out and measurements had been made but their clinical interpretation was not understood.

A European answer is to be found partly in the “any hardware” approach first set out in T 931/95 PBS PARTNERSHIP/Controlling pension benefits system and approved by the Enlarged Appeal Board in in G 3/08 PRESIDENT’S REFERENCE. It was pointed out that a computer-readable data storage medium had the technical effects of being computer-readable and of being capable of storing data and is patent-eligible under EPC arts 52(2) and (3). On that basis it could not become ineligible merely because it was storing computer program X, any more than a cup which was a technical article could become ineligible merely because it was decorated with picture X. There was no case-law to support the view that a claim to “a computer-readable storage medium with program X written on it” should lose its technical character merely because it was too generic or functionally defined.

If the “any hardware” approach were applied to claim 1 of the ‘623 patent the feature of “determining the level of 6-thioguanine in said subject having said immune-mediated gastrointestinal disorder” is self-evidently a patent-eligible process falling within §101, especially when it is realised that in reality the process is a blood test carried out using high pressure liquid chromatography. The relevant question which an EPO appeal board would clearly answer in the negative is whether that process step should become ineligible merely because it is claimed with reference to a patient group suffering from inflammatory disease and in association with certain criteria for interpretation of the results.

That is, as is well known, only part of the story. It is black letter law of the EPO appeal boards that when evaluating novelty and inventive step, non-eligible features must be disregarded. The UK Court of Appeal has described this approach as: “The Lord giveth, the Lord taketh away” and has objected that treating ineligible features as part of the prior art is “simply not intellectually honest”, see Aerotel v Telco [2006] EWCA Civ 1371. UK courts treat eligibility as a matter of substance and not mere form.

The Supreme Court has also rejected an “any hardware” approach and shares the wider view of the UK courts (slip opinion pp. 20-21):

Third, the Government argues that virtually any step beyond a statement of a law of nature itself should transform an unpatentable law of nature into a potentially patentable application sufficient to satisfy §101’s demands… The Government does not necessarily believe that claims that (like the claims before us) extend just minimally beyond a law of nature should receive patents. But in its view, other statutory provisions—those that insist that a claimed process be novel, 35 U. S. C. §102, that it not be “obvious in light of prior art,” §103, and that it be “full[y], clear[ly], concise[ly], and exact[ly]” described, §112—can perform this screening function.

This approach, however, would make the “law of nature” exception to §101 patentability a dead letter …

What role would laws of nature, including newly discovered (and “novel”) laws of nature, play in the Government’s suggested “novelty” inquiry? Intuitively, one would suppose that a newly discovered law of nature is novel. The Government, however, suggests in effect that the novelty of a component law of nature may be disregarded when evaluating the novelty of the whole… But §§102 and 103 say nothing about treating laws of nature as if they were part of the prior art when applying those sections. Cf. Diehr, 450 U. S., at 188 (patent claims “must be considered as a whole”).

The rule followed by Justice Breyer is that the claimed combination of features must amount to significantly more than the natural law itself and that limiting the law to a particular technological environment or adding insignificant post-solution activity does not suffice. He was aware of the need for caution and warns in his opinion:

“The Court has recognized, however, that too broad an interpretation of this exclusionary principle could eviscerate patent law. For all inventions at some level embody, use, reflect, rest upon, or apply laws of nature, natural phenomena, or abstract ideas.”

In effect the Mayo rule corresponds to the “contribution approach” suggested at first instance in the UK in Merrill Lynch’s Application [1988] R.P.C. 1 which was to consider whether the inventive contribution resided only in excluded matter. That approach also has its difficulties and it was rejected by the UK Court of Appeal in Genentech’s patent [1989] R.P.C. 147 where it was observed that:

“Such a conclusion, when applied to a discovery, would seem to mean that the application of the discovery is only patentable if the application is itself novel and not obvious, altogether apart from the novelty of the discovery. That would have a very drastic effect on the patenting of new drugs and medicinal or microbiological processes.”

Justice Breyer acknowledges that the rule ought not to be interpreted to cover newly discovered first or subsequent medical indications for a known substance (slip opinion at page 18):

Unlike, say, a typical patent on a new drug or a new way of using an existing drug, the patent claims do not confine their reach to particular applications of those laws.

It is, however, less than clear by what logic new drugs escape the rule in Mayo but the Prometheus test is caught by that rule. For example, nitroglycerin was first synthesized in 1847 and was used as an explosive. In 1878 it was introduced as a treatment for angina by Dr William Murrell. Suppose Dr Murrell had claimed a pharmaceutical composition for the treatment of angina or other heart conditions comprising nitroglycerin and a pharmaceutically acceptable carrier or diluent. The anti-angina activity of nitroglycerin could be regarded as a mere phenomenon of nature “though just discovered”, the reference to treatment of cardiac disorder could be a mere limitation to a particular technological environment and formulation into tablets or other forms for convenient administration to the patient could be an insignificant post-solution activity since the incorporation of active ingredients into tablets or other dosage forms was well known long before 1878. The pharmaceutical composition claim which is in standard form for a first medical indication would block research into further formulations and further medical indications for nitroglycerin. Indeed, blocking further development was an objection raised in the 1790’s to James Watt’s patent for a steam engine. It might be said that the hypothetical Murrell claim confines the reach of what has been discovered to the particular application of pharmaceuticals but it might equally be said that the Prometheus claim confines the reach of what has discovered to the particular application of a blood test for metabolites of drugs of a particular family. If there is a distinction, arguably it is no more than pragmatism, and nothing more is to be found in the opinion.

Judge Breyer objects (slip opinion at page 18) that: “The ‘determining’ step too is set forth in highly general language covering all processes that make use of the correlations after measuring metabolites, including later discovered processes that measure metabolite levels in new ways.” However, that generality is arguably broader than the construction of the relevant claim mandated by §112(6). The second step is to “determining the level of 6-thioguanine…” Self-evidently that is a step for performing the function of level determination without recital of acts in support thereof. It is therefore to be construed to cover the corresponding acts described in the specification and equivalents thereof. The disclosed acts (‘623 at columns 9 and 10)  all involve collecting erythrocytes (red blood cells), leucocytes (white blood cells) or cells from the oral mucosa. Thiobases are extracted from the cells and analysed by high-pressure liquid chromatography or by one of several specified fluorometric assays. The claim is therefore not of indefinite scope but instead is confined to those acts and their equivalents. If Judge Breyer had more clearly appreciated how the application of the alleged natural law is confined by §112(6) there might have been a different outcome in this finely-balanced case.

As previously explained the EPO would hold the subject matter claimed in ‘623 patent-eligible on the “any hardware” principle. The question then arises how it would interpret the “wherein” clauses. Given the respect paid to technical benefits, and especially clinically significant benefits, within the EPO, it is unlikely that the criteria for interpretation of the test data would be dismissed as mere presentation of information. Support for that proposition is to be found in the grant by the EPO of the corresponding European patent 1115403, whose main claim reads:

An in vitro method for determining efficacy of treatment of a subject having an immune-mediated gastrointestinal disorder or a non-inflammatory bowel disease (non-IBD) autoimmune disease by administration of a 6-mercaptopurine drug, comprising
determining in vitro a level of 6-thioguanine in a sample from said subject having said immune-mediated gastrointestinal disorder or said non-inflammatory bowel disease (non-IBD) autoimmune disease,
wherein said treatment is considered efficient if the level of 6-thioguanine is in the range of about 230 pmol per 8×108 red blood cells to about 400 pmol per 8×108 red blood cells.

It should be noted that in this instance the subject-matter restrictions of the EPC worked in the patentees’ favour by requiring references to in vitro treatment and obtaining of a sample from the subject in addition to the determination feature. During prosecution the European examiner was insistent on the addition of the words in vitro to avoid the implication that what was being covered extended to treatment or diagnosis carried out on the human body. Grant of the ‘403 patent by the EPO should not be regarded as an outlier: a brief database search of granted European patents using the keyword ASSAY in the claims reveals a number of patents of this type, and it may be assumed that European practice to grant assay patents based on new and clinically significant interpretation will continue notwithstanding the US decision in Mayo. And if it is correct that the Mayo decision represents mere pragmatism, there are strong arguments that other decision-making bodies such as the USPTO and the CAFC should not delve urgently into Mayo to find a workable rule of general application when in reality there is no such rule to be found.