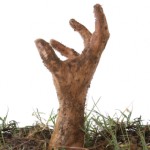 When a three judge panel of the US Court of Appeals for the D.C. Cir. dismissed a preliminary injunction obtained by plaintiffs in April 2011, and the lower court judge then  dismissed plaintiffs’ suit to block the Administration’s guidelines permitting funding for embryonic stem cell research as violative of the Dickey-Wicker amendment banning funding that might destroy or harm a human embryo, I thought the issue had been laid to rest. However, plaintiffs – not the Government – have now appealed to the appeals court, arguing that the prior ruling overturning the injunction banning hESC research is not binding on the present panel.

The earlier panel had ruled that the  Dickey-Wicker amendment, that is tacked onto some bill sure to pass Congress each year, is ambiguous in view of the more precise policies urged by the Administration and the NIH, regulating hESC research. The plaintiffs argued that the earlier panel ruling simply involved injunctive relief and should not be “the law of the case” regarding the merits of their suit. Defendants and amici argued that the panel effectively analyzed the merits of the suit: the conflict or congruence between Dickey-Wicker and the NIH policy resuming funding for stem cell research.

If the current panel does not agree that it is bound by the earlier panel’s analysis and sides with the (anti-hESC research) plaintiffs, this case will wend its way to the Supreme Court. However, if the Administration changes in November, and a new Administration reinstates the “Bush ban,” the appeal will be moot. Those who support hESC research should hope that the stem cell researchers can get some grants funded and new cell lines approved  in the next six months or so. A pro-science door that has been open for about three years may be about to close.

Prior posts on this subject can be found here: