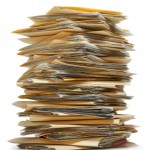 On April 30th, in response to the Supreme Court’s GVR of the Myriad appeal (AMP et al. are still trying to get the claims to isolated DNA molecules and the use of a transgenic cell comprising the BRCA1 gene to screen potential anti-cancer drugs—claim 20– declared patent-ineligible as natural products or natural phenomena), the Fed. Cir. vacated its original decision and requested the parties and amici to brief the question: “What is the applicability of the Supreme Court’s decision in Mayo to Myriad’s isolated DNA claims and to method claim 20 of the ‘282 patent?”

Although many trees will die to make the paper for the tower of briefs that will undoubtedly be filed, I present the answers for your convenience:

Question part 1: None whatsoever. The Supreme Court considered method claims and the DNA claims are compound (composition of matter) claims.

Question part 2: None whatsoever. The Supreme Court did not purport to reverse Chakrabarty, which claimed the use of transgenic cells containing plasmids that enabled them to degrade oil. In fact, the Court purported to rely upon it extensively. See slip. op. 1-2. Myraid’s claim 20 is no more than a claim to the use of novel transgenic cells of the same “class.” If a composition of matter is novel, so are any and all of its uses. I still have a file folder labeled “The Death of Durden.” See In re Ochiai. The end.