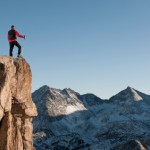 The recent decision of the Fed. Cir. in Otsuka v. Sandoz, App. No. 2011-1126, -1127 (Fed. Cir. May 7, 2012) continues the courts admirable work in defining obviousness post-KSR. This case revisits the standards involved in making out a prima-facie case of structural obviousness. What is particularly interesting in this decision is the weight – or lack thereof – that the court gave to evidence of therapeutic utility of the closest prior art compound. In fact, the court applied the fairly obscure maxim of patent law articulated forty years ago In re Steminski, 444 F.2d 581 (CCPA 1971). John L. White, in Chemical Patent Practice, summarized the holding of Steminski as part of his discussion of the “Hass-Henze Doctrine”:

“The [CCPA] concluded that because the characteristics normally possessed by members of a homologous series [e.g., differing by only one methylene group] are principally the same, varying gradually from member to member [e.g., methyl, ethyl, propyl, butyl, etc], chemists knowing the properties of one member of a series would in general know what to expect in adjacent members so that a mere difference in degree is not the marked superiority which will ordinarily remove the unpatentability of adjacent homologs of old substances. Contra, where no use for the prior art compound is known [citing Steminski].”

Sandoz was trying to invalidate an anti-schizophrenic drug, aripiprazole, marketed by Otsuka as Abilify. The court abbreviated its structure by referring to it as a 2,3-dichlorophenylbutoxy compound. Sandoz et al. were trying to invalidate the claim to this compound in US Pat No. 5,006,528 over an earlier patent that disclosed the 2,3-dicholorphenylpropoxy analog of Abilify (a butoxy compound). Not only is the prior art compound  a homolog of Abilify, but the prior art patent disclosed a laundry list of utilities, including “antischizophrenia agents”. Many other structurally more remote analogs were disclosed, and three others were discussed in detail in the opinion, but the appellant/defendants must have felt pretty confident, even though the district court ruled that the patent was unobvious.

No such luck! The Fed. Cir. discussed the “lead compound concept” at length and stated that: “Absent a reason or motivation based on such prior art evidence [of pertinent properties], mere structural similarity between a prior art  compound and the claimed compound does not inform the lead compound selection….See KSR [citation omitted] (‘A fact finder should be aware, of course, of the distortion caused by hindsight bias and must be cautious of arguments reliant upon ex post reasoning.’)” Slip op. at 18-19. In other words, structural similarity, taken alone is not sufficient to establish obviousness.

But wasn’t there data beyond the “naked” structure of the 2.3-dichlorophenyl propoxy prior art homolog? Citing Takeda, 492 F.3d at 1357 and Pfizer, 480 F.3d at 1361, the court fell back on the rule that the art worker must be motivated to use the teachings of the reference to achieve the claimed invention and had a reasonable expectation of success. The court focused on the generality of the prior art disclosure of utility and the primitive nature of this area of pharmacology prior to Otsuka’s invention of Abilify: “At the relevant time, there were no carbostyril compounds that were marketed as antipsychotics or were publicly known to have potent antipsychotic activity with minimal side effects.”So reasonable expectation of success probably carried the day (or the lack thereof), and the ‘528 patent remains valid. Apart from the revival of Steminski, I was heartened by the number of times that the court criticized defendants’ use of what the court(s) considered to be hindsight. For instance, defendants tried to argue that Otsuka’s advance involved “a short timeline”. The Fed. Cir. replied:

“The inventor’s own path itself never leads to a conclusion of obviousness; that is hindsight. What matters is the path the [POSA] would have followed, as evidenced by the pertinent prior art…the district court’s careful analysis exposed the Defendants’ obviousness case for what it was—a poster child for impermissible hindsight reasoning.”

Not just pretty words, beautiful ones!