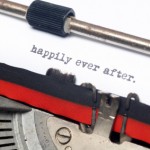 On October 9, 2012 the Fed. Cir. decided to revisit the divided panel decision in CLE Bank Int’l v. Alice Corp., Appeal No 11-10-1 (Fed. Cir. July 9, 2012) en banc. (A copy can be found at the end of this post.) In that ruling the majority held that a claim to a method for exchanging obligations in which a trusted third party settles the obligations – e.g., to deliver goods and receive payment – so as to eliminate “settlement risk” was not a patent-ineligible abstract idea, at least in part because a computer was necessary to create “shadow credit record(s)” for each party during the holding period.

I try not to delve too deeply into “computer law” in these blog  posts, but the ultimate decision could have a big effect on “business methods” relating to the business of medicine, which is becoming both increasingly personalized and increasingly computerized. An article in the StarTribune (Minneapolis) today –taken from the New York Times –described  a physician using a Smart Phone app (“MedCalc”) to calculate the appropriate levels of sodium to maintain in a patient by balancing parameters relating to the patient’s symptoms and blood chemistry.

It seems that, without delving too deeply into the recent non-biotech case law, the Fed. Cir. must decide between the analytical frameworks of Cybersource v. Retail Decisions  (no patent for mental process that can be performed with pen and paper – and no Beauregard claim either) and Ultramercial v. Wild Tangent, where an 11-step method of distributing copyrighted products via the internet was found to be patent-eligible. The panel stated that the transactions  “are likely to require intricate and complex computer programming” and specific application of the Internet and a cyber-market environment.  The panel cited Classen Immunotherapies v. Biogen IDEC with approval (659 F.3d 1047).

If nothing else, post-Bilski and Myriad, it is clear that the Fed. Cir. and perhaps, the Supreme Court has to answer the ancient philosophical debate about what makes an idea “abstract” as opposed to a concrete “invention or discovery” that solves real problems and advances our quality of life. I don’t think the answer is the “pen and paper” or “purely mental steps” rationale that have popped up like deadly mushrooms in recent decisions. Humans program computers so they carry out ideas that can be reduced to equations written on paper or even retained in the memory and recalled. (It is remarkably easy to derive E=mc2 on a whiteboard with simple calculus.)

I have proposed in many posts that an abstract idea is one that cannot be tested by the scientific method – e.g., “the love you take is equal to the love you make” or “The Golden Rule.”  An abstract idea that helps a farm buy large amounts of gasoline without going broke if the price crashes, or getting rich if it goes up, is not an abstract idea.

A natural phenomenon is “blood contains some PSA,” not  a method for diagnosing prostate cancer by measuring the level of PSA in the blood and comparing it to a benchmark level indicating some level of risk. Judge Rader was wrong when he called the hedging method in Bilski an abstract idea – and the Supreme Court was wrong when it agreed with him.  Justice Breyer was wrong in the “Metabolite dissent” when he called a diagnostic test for cobalamin deficiency based on the level of a biomarker a natural phenomenon and Judge Lourie was wrong when he convinced his colleagues in Myriad that a method of diagnosing a predisposition for cancer by identifying mutations in a patient’s DNA is an abstract idea. Note that in Prometheus, the Court called the claimed method of measuring a drug metabolite a natural phenomenon and in Myriad the method claims were labeled  an abstract idea. Which is which? Unfortunately, the legal landscape is starting to look like a revival of Sondheim’s nightmare/fairy tale musical “Into the Woods.” I wonder if there will be a happy ending?