In re Rosuvastatin Calcium Patent Litigation – Making “Therasense” out of Confusion 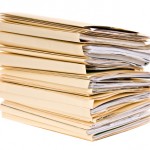 Recently, a divided three judge panel sorting out a multi-party Hatch-Waxman suit, ruled that the patentee, Shinonogi, had not committed inequitable conduct in obtaining the patent that was subsequently reissued so as to obtain narrow claims focused on Rosuvastatin, or Crestor®, the popular cholesterol lowering drug. The majority of the panel also held that the patent was properly reissued due to error without deceptive intent. Although the deceptive intent element has been removed from the reissue statute by the AIA, it will remain relevant to earlier-filed reissues for some time to come. The opinion was subtitled AstraZenca UK Ltd v. Aurobindo Pharma Ltd, 2010-1460 to 1473 (Fed. Cir., December 14, 2012) and involved multiple “generic company” defendants. (A download is available at the end of this post.)

After finding the Crestor claim non-obvious over a Sandoz reference that disclosed a sulfonylated analog, the panel spent 7 pages discussing IC and 10 pages discussing whether or not the reissue application was properly filed. In terms of IC, Fed. Cir. panels continue to be reluctant to find IC in cases in which multiple parties create “a string of mishaps, mistakes, misapprehensions and misjudgment,” particularly if the “purported culprits” are “inexperienced and overworked,” to use the language of the district court, that also found no IC. It probably helped that the only two “purported culprits” were both Japanese patent attorneys apparently working in Japan, although it is hard to fathom how they carried out the prosecution of a U.S pharma application and then reissued the resulting patent with no input from U.S. counsel, but none are mentioned. The Japanese attorneys had failed to file an IDS during prosecution of the ‘440 patent, and then filed for reissue, listing the two references on an IDS, and obtained the ‘314 reissued patent with claims essentially limited to Crestor.

The panel first upheld the district court’s finding that the Bayer reference was material. It disclosed a genus of compounds that overlapped with the genus in claim 1 of the reissue application and the Shionogi attorney promptly narrowed the claims to Crestor, which was not disclosed in the Bayer reference and outside the scope of its generic claim. Since Crestor was found to be patentable over the closest compound in the Sandoz reference, that reference was not ‘but-for” material, as materiality was defined in Therasense. While the conduct of the two Japanese attorneys was at the least negligent – the first attorney testified that she did not file an IDS because she quit before the docketed date to file it came up, while the second attorney seemed to both have testified that he thought an IDS had been filed and he thought that the reference was not that relevant to “inventive step” under U.S. practice – the majority of the panel felt that the explanations at least negated the Therasense requirement that IC must be the single most reasonable inference from the evidence. Put another way, the majority saw this more as a Keystone cops movie plot rather than any sort of orchestrated conspiracy to deceive the Office.

The IC outcome probably saved the reissue process as well. The majority found that the element of “error” could lie in “an unintentional failure to file an IDS.” The majority also agreed with the district court that the issuance of the original patent, with claims that overlapped with the Bayer claims was not “the result of some planned strategy or sinister motivation as opposed to mere mistake or oversight by overworked individuals with limited training and expertise….The language of the current statute, ‘error without deceptive intent’…encompasses ‘inadvertence, accident or mistake.” The majority also held that the “deceptive intent element” of reissue requires the same rigorous proof as deceptive intent in an IC context. The majority of the panel also held that there was no reissue laches, since reissue had been diligently sought after the error was discovered ( Ed. note: even though the attorneys were negligent in not recognizing that there was an error).

Almost, if not more important than the various holdings, is the majorities commentary on page 27 of the slip opinion, that strongly endorses a common law exception to infringement for “experimental use” of a patented invention: “[P]atenting does not deprive the public of the right to experiment with and improve upon the patented subject matter…It is not necessary to wait for the patent to expire before the knowledge contained in the patent can be touched [citing Justice Story in Wittemore v Cutter – the famous quote that infringement liability should not be found when a patented invention was used for “philosophical experiments” or to determine if it works. Remember, you Ph.D.’s, that in 1813, a “philosophy” included “hard science.”]” Whether or not the patent “monopoly” completely blocks advances relating to the patented invention will be a policy issue in the Myriad appeal and possibly in Classen as well. The Federal Circuit should continue to weigh in to affirm the viability of this doctrine.