Time For Myriad To Fight Another Day

Posted on February 4, 2013 by Warren Woessner 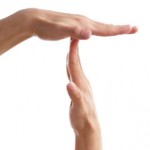 Put another way, it is time for Jones Day to click their well-polished heels and go home. Today, the U.S. Government filed an amicus brief largely supporting the arguments by AMP/ACLU that isolated DNA is essentially the same molecule after isolation as it is in vivo – in other words that it is not a “new composition of matter.” The amicus brief (a copy is found at the end of this post) – that was not co-signed by the PTO – conceded that cDNA was changed sufficiently by the hand of man that it should remain patentable. This is the position that the Solicitor took when Myriad’s appeal was argued before the Federal Circuit, and is likely to carry substantial weight at the Court. The Court may well not draw any such distinction.

In Already, LCC, dba YUMS v. Nike Inc., 568 U.S.___(January 9, 2013), (a copy is found at the end of this post) the Supreme Court held that when Nike gave YUM an unconditional and irrevocable covenant not to sue them on the design TM in question, the effect of the covenant “mooted out” YUM’s counterclaims and ended the suit. Remember, in the Myriad suit, AMP only has one plaintiff, one Dr. Ostrer, who is not even conducting assays that would infringe Myriad’s “isolated DNA claims.” I won’t take credit for this idea, since I got it from another more august commentator, but if Myriad were to give Dr. Ostrer such a covenant not to sue, his standing would vanish, as would this appeal, which is both increasingly bordering on the metaphysical and of vanishingly small commercial importance. Myriad could wait until a major testing lab entered the marketplace and sue it – presumably starting this trial of tears anew. Just don’t file suit in S.D.N.Y.

If you doubt that we are in Oz, just look at the question presented to the highest Court in the land: “Are human genes patentable?” Why not “Are genes patentable?” Will the court make an exception for animal genes, plant genes or bacterial genes and decide their fate at some future time? And just what is a “human gene”? Certainly, they are not patentable in situ but, once safely in the test tube, are they not “new compositions of matter”?

It is a huge failure of biotech public relations that average people – even well-educated average people – believe that biotechnology patent attorneys are trying to patent their very bodies, piece by piece. Then who will “own” them (or have to right to “use” them, as I have written in the past)? If you think my analysis is getting x-treme, read the dissent in the last Fed. Cir. opinion, in which Judge Bryson analogizes isolating DNA with removing a kidney from the body. Scary stuff, indeed. I vote for a time out, while we try to figure out how to resurrect claims to medical diagnostics.