CLS v. Alice Bank And The Cult Of The “Abstract Idea” 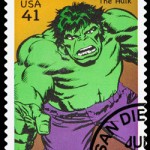 Ex-Judge Michel’s compelling amicus brief – more on that in a future post—prompted me to take a quick look back at the evolution “abstract idea” as a patent-ineligible category of invention. This category of patent-ineligible invention is listed, along with laws of nature and physical phenomena, in Diamond v. Chakrabarty, but the Supreme Court, unfortunately did not provide any examples of abstract ideas.

Fast forward 28 years to In re Bilski, 545 F.3d 943 (Fed. Cir. 2008). The court was deciding whether or not a straightforward claim to hedging risk in commodity markets was patent-eligible subject matter. The divided majority held that the claim failed the machine-or-transformation test and so was not, but it is Judge Rader’s dissent that deserves attention. He concluded that Bilski’s claim fell outside of patent-eligible processes because it “facially abstract.” He wrote:

“When considering the eligibility of ‘processes’, this court should focus on the potential for an abstract claim. Such an abstract claim would appear in a form that is not even susceptible to examination against prior art under the traditional tests for patentability. …Bilski’s method is either a vague economic concept or obvious on its face. Hedging is a fundamental economic practice long prevalent in our system of commerce and taught in any introductory finance class.”

Although Judge Rader went on to present a strong argument for the patentability of diagnostic methods – and criticized the “Lab. Corp. Dissent,” he gave the somewhat disembodied category of “abstract idea” legal legs. Never mind that his only definition of abstract idea was whether or not it can be searched. This is clearly wrong, as the Supreme Court demonstrated in its Bilski opinion, which cited three pieces of prior art disclosing the history of hedging. But the Supreme Court otherwise swallowed the abstract idea reasoning in Judge Rader’s opinion hook, line and sinker: “These claims attempt to patent the use of the abstract idea of hedging risk in the energy market and then instruct the use of well-known random analysis techniques to help establish some of the inputs into the equation.”

While the Supreme Court also wrote that the machine or transformation test “would create uncertainty as to the patentability of software, advanced diagnostic medicine techniques…,” the Court refused to broadly endorse these areas of technology as patent-eligible subject matter.

Too bad, since Judge Lourie – who endorsed the M or T test in Bilski –  wrote two panel opinions in 2011 and 2012 in AMP v. Myriad that held that a claim to a method to diagnose a predisposition to developing cancer by comparing a patient’s BRCA2 DNA sequence to a reference “normal” sequence was patent-ineligible as an abstract idea. He and Judge Moore ruled this way, even after writing: “Although the application of a formula or abstract idea in a process may describe patent-eligible subject matter, Myriad’s claims do not apply the step of comparing two nucleotide sequences in a process. Rather, the step of comparing two DNA sequences is the entire process that is claimed.” While this may be true for some of the “method claims,” it is not true for claim 2 of the ‘857 patent – go look it up.

Judge Lourie wrote that his conclusion was controlled by the earlier Prometheus decision, but was it? That decision rested primarily on the  Supreme Court’s opinion that the claim to measuring the levels of a known metabolite of a known drug preempted a natural phenomenon. I am simply at a loss to explain why he could not have “used” language from Judge Rader’s Bilski dissent that discussed the Lab. Corp. dissent: “The fundamental error in the Lab. Corp. dissent is its failure to recognize the difference between a patent ineligible relationship—i.e., that between high homocysteine levels and folate and cobalamine deficiencies—and a patent eligible process for applying that relationship to achieve a useful, tangible, and concrete result—i.e., diagnosis of potentially fatal conditions in patients.” 545 F.3d 1014 (Fed. Cir. 2008).  If I could ask Judge Lourie one question today, it would be, “Did you just miss that diagnostic claim?”

Since no method claims were appealed to the Supreme Court in Myriad, the Fed. Cir. ruling below is precedential. Still, if I were appealing the denial of a diagnostic claim to the Fed. Cir., I sure would want Judge Rader on my panel, and not anyone who was on the PerkinElmer v. Intema panel. It is also worth noting that the Supreme Court’s unanimous opinion in Myriad contained dicta stating that applications of the patent-ineligible human gene sequences might well be deserving of patent protection.

This post was meant to be a comment on the rise of the abstract idea as a patent-killing principle, and one need read no further than CLS Bank v. Alice Corp. to see how it is “going viral” in patent jurisprudence. To quote Patently-O from May 10, 2013: “In a much awaited en banc decision, the Federal Circuit has affirmed the patent ineligibility of Alice Corp.’s claims to a computerized method, a computer-readable medium containing computer instructions and a computer system that implements those instructions.” Judge Lourie wrote the five-member opinion and guess what his rationale was for holding the claims to a method for reducing settlement risk patent-ineligible? Judge Lourie wrote:

“But whether long in use or just recognized, abstract ideas remain abstract. The concept of reducing settlement risk by facilitating a trade through third-party  intermediation is an abstract idea because it is a ‘disembodied’ concept…a basic building block of human ingenuity, untethered from any real-world application. Standing alone, that abstract idea is not patent eligible subject matter.”

For a final irony, guess who wrote a dissenting opinion? None other than Judge Rader, whose dissenting opinion in Bilski unleased the power of the abstract idea, like the uncontrollable Incredible Hulk, to terrorize patent attorneys in every area of technology. If you think that my imagistic characterization is too flip, remember that the Hulk’s catchphrase is “HULK SMASH!” and consider that it took only ten pages for Judges Lourie, Dyk and Tarantino to invalidate the “computerized method” claims in Smartgene, Inc. v. Advanced Biological Labs., SA , Appeal No. 2013-1186 (Fed. Cir. January 24, 2014) as, guess what, drawn to an abstract idea.