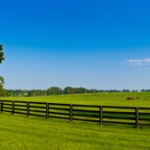 The recent decision in Abbvie Deutschland v. Janssen Biotech and Centorcor Biologics, App. No. 2013-1338, -1346 (Fed. Cir. , July 1, 2014) deserves more attention than it has received. (A copy of the decision is available at the end of this post.) The appeal was by Abbvie from a District Court decision entering a judgment of invalidity of Abbvie’s patents on fully humanized antibodies (Abs) to IL-12. Although Abbvie won an interference involving its U.S. Patent No. 6,914,128, a jury found both patents invalid inter alia as failing the written description requirement (“WDR”) of s.112, para. 1.

The “modern” WDR as created in UC v. Lilly and applied in decisions such as U. of Rochester v. Searle and Ariad v. Lilly has been a potent patent-killer, particularly when functional claims are asserted. That is just what Abbvie attempted, e.g.:

All you need to know about the accused product, Stelara, also a fully humanized Ab, and the Abs described in the patents in suit, is summarized in the Table on page 11. Every parameter is different, such as CDR Length, VH Family and Light Chain Type. While the ‘128 patent had attempted to genericize the J695 and Joe-9 Abs, it did not mention changes in these parameters.

Judge Lourie authored the opinion and it is clear that the WDR as defined en banc in Ariad is his baby, now fully grown. Simply pointing out and “distinctly circumscribe[ing]” the outer boundaries of the territory enclosed by the “perimeter fence” of s.112, para. 1 is not sufficient per se to meet the WDR. In this case, Judge Lourie likens the species within the perimeter fence as a “house [built on] only in one corner of the plot”:

“[I]f the disclosed species only abide in a corner of the genus, one has not described the genus sufficiently to show that the inventor invented, or had possession of, the genus. He only described a portion of it. That is the case here.” Slip. op. at 23.

Despite these homey images, the reader is left with little concrete guidance as to how many barns, guest houses and tool sheds must be built on patentee’s plot of land in order for trespassers to be excluded. The Homestead Act of 1862 was clearer. We are left with language from Ariad: “[No] bright line rules govern the number of species that must be disclosed to describe a genus claim, as this number necessarily changes with each invention, and it changes with progress in the field.”

Although it is well-settled that the WDR does not require actual reduction to practice of the representative species, and it may be possible to provide a correlation between common structural elements and function across the whole genus, I cannot recommend functional claiming, even in cases where your house has a species in every room. Judge Lourie’s hostility to this type of claiming is palpable, even as he concedes that the infringing species need not be named:

“It is true that Abbvie’s patents need not describe the allegedly infringing Stelara in exact terms [Citing Lilly for the proposition that every species in a genus need not be named to meet the WDR]. However, patents must at least describe some species representative of antibodies that are structurally similar to Stelara….There is also no evidence to show whether one of skill in the art could make predictable changes to the described antibodies to arrive at other types of antibodies such as Stelara.”

But what if Stelara was much closer in structure to the ‘128 antibodies listed on the table mentioned above? Faced with the difficulty in occupying all the territory within a perimeter fence, would applicants be better off asserting infringement of claims to individual species or very focused generic claims under the doctrine of equivalents? Patentee might have better facts if it could be argued that Stelara or its ilk passed the function-way-result test for doe infringement. And patentee could not be faulted for failure to include an Ab in their application that was developed after its filing date. Now unpredictability works for patentee, and not as evidence that patentee could not support a generic claim. The doe has fallen into obscurity since Festo, but maybe a revival is overdue.