Posted on October 9, 2014 by Warren Woessner 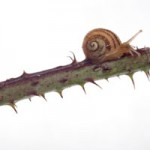 Readers will be aware that added subject matter issues have for a long time been a thorny issue for EPO Examination practice.

On 7 February 2014 a symposium on EPO practice regarding Art. 123(2) EPC took place at the EPO’s Munich headquarters. Twenty-five senior patent professionals from Europe, Japan and the USA took the opportunity to share experiences with EPO examiners, lawyers, and procedural experts in an effort to enhance understanding of how examiners apply Art. 123(2) EPC, and raise awareness among examiners of the problems encountered by users.

This symposium and other submissions have now resulted in revised EPO Guidance at H IV 4.3 effective 1 November 2014, in which deletions are indicated […] and the italicized wording has been added:

“Under Art. 123(2), it is impermissible to add to a European application subject-matter which is not directly and unambiguously derivable from the disclosure of the invention as filed, also taking into account any features implicit to a person skilled in the art in what is expressly mentioned in the document. Literal support is, however, not required by the wording of Art. 123(2) (see T 667/08).

The term “implicit disclosure” means no more than the clear and unambiguous consequence of what is explicitly mentioned in the application as filed. [Whilst] Thus, the common general knowledge must be taken into account in deciding what is clearly and unambiguously implied by the explicit disclosure of a document[,]. However, the question of what may be rendered obvious by that disclosure in the light of common general knowledge is not relevant to the assessment of what the [the disclosure of that document necessarily implies] is implicitly disclosed by that document (T 823/96).

When assessing the conformity of the amended claims to the requirements of Art. 123(2), the focus should be placed on what is really disclosed to the skilled person by the documents as filed as directed to a technical audience. In particular, the examiner should avoid disproportionally focusing on the structure of the claims as filed to the detriment of the subject-matter that the skilled person would directly and unambiguously derive from the application as a whole.”

The significance of the fine tuning in the second paragraph is not wholly clear but possibly suggests slightly greater freedom to make amendments that are not literally supported but are nevertheless obvious. The third paragraph is self-explanatory. Time will tell how rapidly and effectively the message diffuses through the EPO examining corps.