Posted on October 7, 2014 by Warren Woessner 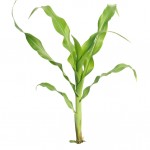 Last Sunday’s episode of “The Good Wife” featured a Christian mediation between a farmer (Robert Joy) sued by a Pioneer-like company, represented by the actor Richard Thomas, for saving GMO corn seed for replanting. The facts were a mash-up of J.E.M. Ag Supply v. Pioneer Hi-Bred., 534 U.S. 124 (2001), and Monsanto Canada v. Schmeiser, 1 S.C.R. 902 (2004). In the former case, JEM was selling Pioneer’s hybrid seed that had been “saved” by farmers from a previous crop of the seed, in violation of the shrink wrap-type license on the original Pioneer seed they had purchased at JEM. In Monsanto-Canada, a farmer saved and replanted glyphosate-resistant canola seed from a field he claimed was contaminated by “GMO” pollen from neighboring fields.

In J.E.M. Ag Supply, the only defense mounted by J.E.M. was that utility patents should not be issued on plants and, fortunately, the Supreme Court disagreed, in a decision that includes both plants made by conventional breeding techniques and transgenic modifications. In Monsanto Canada, the farmer was found to have infringed Pioneer’s patents.

In the “Good Wife” episode, the farmer was accused of saving seed in violation of the agribusiness’ patents. He argued that his field had been contaminated by “seed” blown from neighboring GMO fields, but Florick Agos presented an expert witness who “testified” that such blow-over would only “contaminate” about 6% of a non-GMO crop per year. The farmer and the agribusinessman were friends and after the farmer admitted he had replanted the transgenic canola, they settled the dispute with the farmer agreeing to pay some small amount of damages, as I recall.

The major issue for patent attorneys working in the ag biotech area (and for agribusiness itself) is the public perception –despite decisions upholding the patentability of plants in the U.S. or of the transgene or the transformed plant cell in Canada—that it is wrong to patent living organisms. At the end of the “Good Wife” mediation scene, one of the parties – the preacher? – exclaims that he is shocked that plants can be patented. J.E.M. was one of the last Supreme Court decisions that expanded the scope of patent rights. The Canadian Supreme Court was divided in ruling for Monsanto. As succinctly summarized by the majority:

“Inventions in the field of agriculture may give rise to concerns not raised in other fields—moral concerns about whether it is right to manipulate genes in order to obtain better weed control or higher yields. It is open to Parliament to consider these concerns and amend the Patent Action should it find them persuasive.”