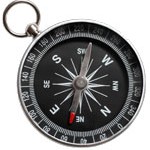 On Monday, December 15th, the Patent Office released revised “Guidance” on the evaluation of subject matter patent-eligibility under s. 101. (A copy is available at the end of this post.) The “Guidance” is an attempt to unify the analyses that were set forth in earlier Guidelines post-Mayo and post-Alice, and apply to all classes of inventions. After stripping away the introductory material, and the case law summaries, there are only a few pages of substantive guidance.

The most important change to the notorious March 4th “Life Sciences Guidelines” is summarized in the Flowchart on page 9 and in section 3B. If a composition is a “nature-based product,” it is analyzed in step 2B to see if it is “markedly different” from “its naturally occurring counterpart in its natural state.” However, the revised Guidance pointedly drops the requirement that the product be structurally different. Now “markedly different characteristics can be expressed as the product’s structure, function and/or other properties and will be evaluated based on what is recited in the claim on a case-by-case basis.” That is a big “or”:

“In accordance with this analysis, a product that is purified or isolated, for example, will be eligible when there is a resultant change in characteristics sufficient to show a marked difference from the product’s naturally occurring counterpart.”

“This revised analysis represents a change from prior guidance, because now changes in functional characteristics and other non-structural properties can evidence markedly different characteristics, whereas in the March 2014 Procedure only structural changes were sufficient to show a marked difference.”

Even Parke-Davis is cited with approval (!) although Bergy did not make the cut. If no natural product exception is found, the Examiner is directed to skip evaluation of the claim for that elusive “significantly more” that doomed the claims in both Mayo and Myriad. No hypothetical examples in which a natural product or natural phenomenon passed the dreaded step 2B of the analysis are given.

Unfortunately, the Guidance gets a bit murky in situations in which a claim recites more than one nature-based product. The paragraphs entitled “A Claim Reciting a Plurality of Exceptions” and “Streamlined Eligibility Analysis” need some work. See pages 24-25. The first paragraph concludes: “[I]f the claims fails under Step 2B (“significantly more”) for one exception, the claim is ineligible, and no further eligibility analysis is needed.” What about a formulation claim to a nature-based product such as a truncated enzyme, that is found not to be a “natural product,” but that also recites the elements water and sodium chloride? The latter are both natural products, and would fail the markedly different test of 2A and so would apparently drag the claim down into 2B. But what does physiological saline add to an enzyme that is, itself, not a natural product?

“Streamlined Eligibility Analysis,” the next section, would seem to provide a solution (no pun intended):

“For purposes of efficiency in examination, a streamlined eligibility analysis can be used for a claim that may or may not recite a judicial exception but, when viewed as a whole, clearly does not seek to tie up any judicial exception such that others cannot practice it. Such claims do not need to proceed through the full analysis therein as their eligibility will be self-evident….a claim that recites a nature-based product, but clearly does not attempt to tie up the nature based product [water? Salt?] does not require a markedly different characteristic analysis to identify a ‘product of nature’ exception.”

The Guidance ducks the patent-eligibility of diagnostic tests entirely – although the first set of [negative] Guidelines is said to be superseded. Of course, Mayo is summarized again, but no application to a simple ‘If A, Then B” diagnostic assay is provided. At pages-3-4, it is noted that “[i]mplementation of examination guidance on eligibility will be an iterative process continuing with periodic supplements based on developments in patent subject matter eligibility jurisprudence and public feedback,” citing the pending appeals involving BRACA assays and the appeal to the Fed. Cir. in Ariosa Diagnostics. In the meanwhile, I guess that natural correlation is going to take your claims straight to Step 2B. You better pray that your diagnostic conclusion is that elusive “significantly more” that will get you out. Someday maybe.