Therasense Puts A World Of (Antitrust) Hurt On 3M 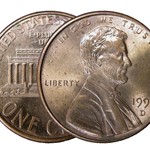 Commentators who have declared inequitable conduct dead and buried should study TransWeb, LLC v. 3M Innovative Properties Co., App. No. 2014-1646 (Fed. Cir., Feb. 10 2016). {A copy can be found at the end of this post.] The decision demonstrates how the “but-for materiality” and specific intent standards of the Therasense decision can open the door to Walker Process liability for antitrust violations and the award of trebled fees and damages.

In this case, 3M had sued TransWeb for patent infringement of several patents on non-woven, fluorinated fabrics used in respirator masks. The patents were invalidated due to 3M’s failure to disclose that it had obtained samples of the fabric from TransWeb, that had given away samples at a trade show more than a year prior to the effective filing date of the patents. There is a thorough analysis of the facts surrounding 3M’s obtention of the samples, but the Fed. Cir. found that the weight of the evidence corroborated the testimony of the TransWeb founder, that he had given out samples of the claimed product. This was enough to invalidate the 3M patents under the public use bar.

The Fed. Cir. also reviewed the district court’s ruling that the patents were obtained by inequitable conduct (IC), and concluded that “[t]he expo samples present a definitional case of but-for materiality….Because the examiner would not have allowed the claims had the TransWeb samples been properly disclosed as prior art, the TransWeb samples are but-for material.” Slip op. at 11. The court dismissed the argument that the samples were obtained under an NDA as a “dubious assertion.”

As to intent, the Fed. Cir. found that “3M generally and Mr. Jones [an inventor] particularly were very much aware of the samples TransWeb was distributing at expo,” and that 3M had even formed a team to attend the expo and report back on TransWeb’s activities. The Fed. Cir. agreed with the district court that the 3M patent attorney undertook a deliberate scheme to “paper over the potentially prior art nature of the [TransWeb samples that 3M had received from a third party company].” The patent attorney had also sent a letter to TransWeb, essentially to get them to admit that they had provided the samples under an NDA, and sent his own letter in to the PTO to convince the Examiner that there was no public disclosure of the fabric. Interestingly – or disturbingly– the Fed. Cir. also gave weight to the fact that the 3M attorney only disclosed the TransWeb material to the PTO in an RCE filed after a notice of allowance had been mailed.

Now things get interesting. The jury found that 3M committed a Walker Process antitrust violation and awarded TransWeb damages of lost profits and attorney fees, which the judge trebled. As the Fed. Cir. summarized: “In Walker Process, the Supreme Court held that a plaintiff cold bring an action under s. 2 of the Sherman Act based on the alleged maintenance and enforcement of a fraudulently-obtained patent. See Walker Process Equip. v. Food Mach. & Chem. Corp., 382 U.S. 172, 173-74 (1956). In order to prevail on a Walker Process claim, the antitrust-plaintiff must show two things: first, that the [defendant] obtained the patent by knowing and willful fraud on the [PTO] and maintained and enforced the patent with knowledge of the fraudulent procurement; and second, all the other elements necessary to establish a Sherman Act monopolization claim.”

The “other elements” are (1) defendant has engaged in predatory or anticompetitive conduct with (2) a specific intent to monopolize and (3) a dangerous probability of obtaining monopoly power in the relevant market. Such pleadings have been relatively uncommon, in my recollection, but Therasense changed all that: “After Therasense, the showing required for proving inequitable conduct and the showing required for proving the fraud component of Walker Process liability may be nearly identical.” Slip. op. at 16-17. 3M challenged the inequitable conduct finding, but did not otherwise challenge the Walker Process fraud finding. That left only the relevant market and the standard for damages for the Fed. Cir. to review, and both are a “heads you lose, tails I win” exercise. So will Therasense revive and expand claims of antitrust liability? If so, pleading and proving inequitable conduct may return to its traditional role of a pervasive, costly and emotionally-fraught plague on the courts and patentees, as Judge Rader aptly explained.