Happy Birthday to Us! We are 7 Years Old! 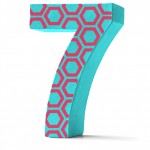 In fact, Patents4Life’s birthday was in late March of 2009, but the earliest posts were short papers I wrote for an IP newsletter that no longer exists. However, the s. 101 storm clouds were gathering even then. One article (in the archives for March 2009) was on how the Fed. Cir. affirmed the invalidation of immunization claims in Classen, using the Bilski machine-or-transformation standard for patent eligibility. (When Classen was revisited after the S. Ct. repudiated the M or T test, the claims reciting immunization were found to meet the requirements of s.101, while the claims that were directed to selection of the optimal immunization schedule did not make it through the coarse filter of 101.)

However, my co-author on this paper, an M.D., saw the threat to diagnostic claims pretty clearly:

“[Unlike diagnostic method claims that alter the body – like immunization] many diagnostic claims do not require the conversion of substance A into substance B. For example, consider claims to a simple blood test in which the presence of a particular substance predicts or diagnoses a disease. [Myriad-type diagnostic claims] involve ‘comparing’ genetic sequences and ‘diagnosing’ the presence of mutations… However, courts may not recognize a molecular transformation such as [the steps necessary to isolate the gene and detect it], or they may not consider it ‘central to the purpose of the claimed process’, as required by Bilski. Thus, Bilski could turn out to be quite problematic for comparison-type diagnostic claims.”

Even though the S. Ct. replaced the M&T test with the Mayo/Alice Rule, the language of this passage could have been written about Ambry (“Myriad II”) or Ariosa. I was going to write an April Fool post in which the Fed. Cir. affirms the patent-ineligibility of a basic chemical composition or treatment method of some sort but how does one top gunpowder or the incredibly convoluted PTO analysis of “amazonic acid?” Maybe I could sing a few verses of “Send in the Clowns” (“Don’t bother, they’re here.”)