Posted on November 4, 2016 by Warren Woessner 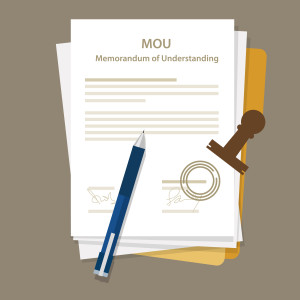 On November 2nd, Robert Bahr released a concise but informative memorandum that could be entitled “What We Learned From McRO and BASCOM.” I have posted on McRO, Inc. dba Planet Blue v. Bandi Namco Games America Inc. et al., 120 USPQ2d 1091 (Fed. Cir. 2016), most recently on Sept. 16th, and I refer you to that post for details of the animation software in question. BASCOM Global Internet Services v. AT&T Mobility LLC, 827 Fed. Cir. 1341 (Fed. Cir. 2016) involved software claims for filtering content received from an Internet computer network. In McRO, the Fed. Cir. found that the claims in question were not directed to an abstract idea. In BASCOM, the Fed. Cir. discussed the requirements for the elusive “inventive concept” required by the Mayo/Alice test.

The memo is analytically sound as far as it goes, and should be helpful to software IP specialists, who have endured a chain of losses that goes back to Bilski. The memo notes that the Fed. Cir. warned against improperly oversimplifying or generalizing a claim to support a finding that it is directed to an abstract idea, while ignoring technology-specific features reciting in the claim. Discussing BASCOM, the memo observed – once again – that the Fed. Cir. stated that the search for the inventive concept must involve consideration of the additional claim elements in combination, as well as individually. The memo noted that lack of preemption is at least evidence that the claim is not directed to a judicial exception. The memo closes by stating that Examiners should not rely on non-precedential decisions (such as Intema, I would note, in which a diagnostic assay was found to be an abstract idea).

Of course, this blog is meant to cover bio/pharma claims, so I read the memo to hunt for generalizations that might help life science practitioners, and I found a few:

“The McRO court also noted that the claims at issue described a specific way…to solve the problem of…, rather than merely claiming the idea of a solution or outcome, and thus were not directed to an abstract idea”[ed.: or a natural phenomenon].

(1) A teaching in the specification about how the claimed invention improves a computer or other technology..”

“[In the case of a preemption dispute], an examiner should reconsider in Step 2A of the eligibility analysis whether the claim is directed to…a specific way of achieving a desired outcome or end result.”[emphasis add]

The memo does not comment on its total conflation of s. 101 eligibility analysis with the conditions for patentability under ss. 102, 103 and 112. Again and again, the memo points to the importance of establishing that the invention is novel or unobvious. The improvement at issue in McRO was an improvement of computer technology “that previously could only be produced by human animators.” The memo notes that the court “relied on the specification’s explanation of how the claims rules enabled the automation of specific animation tasks that previously could not be automated….” In BASCOM, an inventive concept “may be found in the non-conventional and non-generic arrangement of the additional elements.”

The memo even comments on the importance of rigorously meeting the written description requirement: “The McRO court also noted that the claims at issue described a specific way…to solve the problem of [x].” “In contrast, the court in Affinity Labs of TX vs. DirecTV relied on the specification’s failure to provide details regarding the manner in which the invention accomplished the alleged improvement when [the court held] the claimed methods of delivering broadcast content to cellphone [was] directed to an abstract idea.”

Of course the memo has the advantage of analyzing two Fed. Cir. opinions where the court had a fully developed inter partes factual record in front of it, a record that often is not optimally developed during prosecution. In any case, the memo should help practitioners draft applications that include a lot of specificity regarding the practical importance of the invention, its advance over the art and the non-conventional use of the claim elements.

(2) a particular solution to a problem or a particular way to achieve a desired outcome defined by the claimed invention, as opposed to merely claiming the idea of a solution or outcome.”

“The BASCOM court…explained that the district court erred by failing to recognize that when combined, an inventive concept may be found in the non-conventional and non-generic arrangement of the additional elements [which, individually were generic components].”