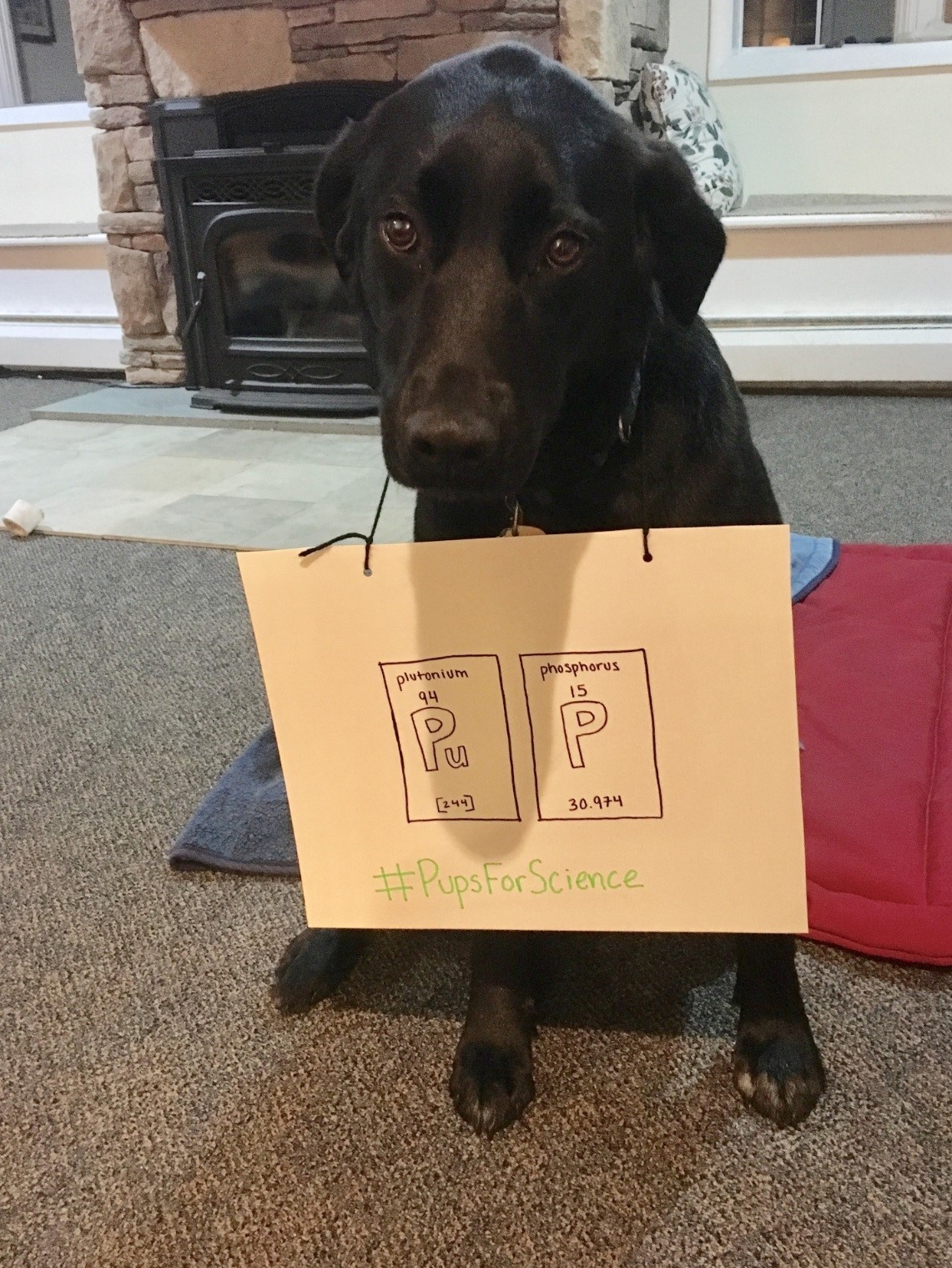 Unfortunately I could not bring my dog  but he was there in spirit.

This following is a recap of the Manhattan March for Science by Robin Chadwick.

The March for Science in Manhattan was smaller than the January 2017 Women’s March in Washington, but large enough that the “entry point” for us was changed from 62nd Street to 64th and then to 68th Street as we moved up Broadway to get over to Central Park West.

The signs at the Manhattan March for Science were less inflammatory and more scientifically quirky than those at the Women’s March. Examples:

The marchers also were somewhat less flamboyant, almost shy. One sign held by a woman read:

“It’s getting so bad that even the introverts are marching.”

The marchers also seemed less willing to chant, as though they were thinking about whether a selected chant was consistent with their thinking. The chant, “No more coal, no more oil, keep the carbon in the soil,” seemed to die out quickly. However the following chant was taken up with enthusiasm:

“What do we want? Evidence-Based Science! When do we want it? After Peer Review!”

We marched from Columbus Circle to Times Square along 8th Avenue, with sporadic chanting. I worried that without much chanting, bystanders would not know why we were clogging up the streets, but the signs provided a clue and most bystanders seemed delighted to see us. The cops were also smiling and helpful. Some other signs of note:

“Science Should be Shared Not Censøred”

“In Science We Trust”

“There is no Planet B”

Despite the rain, which arrived just as we were getting to Times Square, it was a March to remember.

This entry was posted in Govt Policy/PTO Policy. Bookmark the permalink.