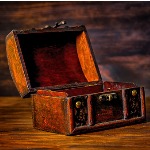 Please read my recent post about stage 1 of this proceeding, in which the Judge in 2016 found that the claims to diagnosing Myasthemia Gravis (MG) by adding MuSk to a patient sample and detecting any IgG autoantibody complexes that are formed, e.g., by exposing the binary complexes with a radiolabelled anti-IgG antibody (claims 2 -6). Claim 7 recited adding labelled MuSK to a sample and detecting any binary complexes that are formed.

Despite the recitation of novel compounds/complexes formed by the hand of man – the radiolabelled MuSK, the binary labelled MuSK-antibody complexes or the tertiary MuSK – aniti-MuSK – labelled anti-IgG antibody complexes, the Judge ruled that because the claims are “focused” on a law of nature – the ability of MuSK to bind to IgG autoantibodies – the claims fail step one of the Mayo/Alice test.

However, the judge denied defendant’s initial motion to dismiss on the basis of patent ineligibility on the basis that further fact-finding was needed to determine whether or not stage 2 of the Mayo/Alice test was satisfied. In the August 2017 “Memorandum and Order”, the Judge found no inventive concept apart from the natural correlation and granted the motion to dismiss.

This was hardly an unexpected outcome as, when viewed broadly, the patentee had employed two basic radioimmunoassay techniques to identify the presence or absence of anti-MuSK antibodies in the sample. The Judge noted that the claims considered were claims 6-9, which encompass both assay techniques that I outlined above.

Plaintiffs made a valiant attempt to show that the step of detecting autoantibodies “was neither well-understood and not routine.” They further argued that the steps needed to form radiolabelled MuSK were novel and were not routine. The judge found these arguments “unavailing” primarily because the specification of the patent-in-suit stated that “[i]odination and immunoprecipitation are standard techniques in the art.” To summarize, the judge concluded that “[n]one of the complexity to which Plaintiffs cite is described or claimed in the patent…On its face, the patent claims a process for detecting autoantibodies, not a process for creating the 125-I MuSK. Myriad, 133 S.Ct. at 2119 (“Had Myriad created an innovative method of manipulating genes while searching for the BRACA1 and BRCAII genes, it could have possibly sought a method patent.”)

Years ago, my mentor told me never to describe any technique employed in a bio/pharma patent as “routine” or as “well-known to the art.” The written description requirement is also best met by description. In this decision, such language effectively foreclosed plaintiffs from arguing that there were any inventive steps in carrying out the claimed diagnostic tests even though, unlike Mayo, novel semi-synthetic compounds/complexes were employed. I hope that plaintiffs have a pending divisional application to pursue claims to the compounds/complexes that they were the first to disclose but, remember “hope” was the last entity present in Pandora’s box.