Posted on October 5, 2017 by Warren Woessner 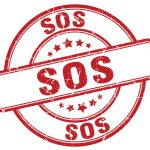 Sitting en banc, a fractured Federal Circuit (Appeal no. 2015-1177 (Fed. Cir., Oct. 4, 2017)) released 140+ pages comprising five separate opinions (7 Judges “concur in result”). The majority held that, at least under the current PTO regulations: “The only legal conclusions that support and define the judgment of the court are: (1) the PTO has not adopted a rule placing the burden of persuasion with respect to the patentability of amended claims on the patent owner that is entitled to [Chevron/Auer] deference; and (2) in the absence of anything that might be entitled [to?] deference, the PTO may not place that burden on patentee.”

Aqua’s timely attempt moving to introduce amended, narrowed claims in an IPR initiated by Zodiac Pool Systems (Matal is the intervenor as Acting Director of the USPTO) was, as usual, denied by the Board. The Fed. Cir. panel agreed but, as noted above, the majority vacated the final written decision of the Board “insofar as it denied the patents owner’s motion to amend the patent. The matter is remanded for the Board to issue a final decision under s. 318 (a) assessing the patentability of the proposed substitute claims without placing the burden of persuasion [of patentability] on the patent owner.” In other words, the Petitioner (Zodiac) bears the burden to prove all propositions of unpatentability.

Of course, Aqua had provided some evidence of the patentability of its substitute claims over the art when it filed its motion, and the Fed. Cir. noted that fact without resolving the case for the parties, but rather stated: “The Board must follow this same procedure in all pending IPRs unless and until the Director engages in notice and comment rule making. At that point, the court will be tasked with determining whether any practice so adopted is valid.” Slip. op. at 65-66. [Ed. note: Always read the last pages of these novelette opinions first.]

To reach this holding took the majority a lot of work. It had to deal with the argument that it had to give “Chevron/Auer deference” to the PTO’s interpretation of 35 USC and its regulations in this area. It extensively examined the wording and legislative history of the relevant parts of the AIA and found that Congress had intended the severe remedy of IPR to be tempered by the patentee’s right to amend. But wait, there’s more!

This finding alone meets the requirements of Step One of the Chevron test and could have ended the debate, since such a finding would eliminate Chevron deference per se, but the majority went on to deal with Step 2 of the Chevron analysis to determine which way the facts pointed if Congress had not “directly spoken to the precise question at issue”  as required by Part one of the Chevron test. The majority found exceptions to the PTO’s interpretation of the statute that mostly seemed to be based on its “unreasonable resolution of language that is ambiguous.” The majority noted that the PTO’s position was that the Board “has the unfettered discretion to refuse an amendment” even if it otherwise meets the explicit statutory requirements. “The PTO’s reasoning would render the amendment process virtually meaningless [Ed. note: As it is now] rather than make the possibility of amendment the central feature of the IPR process it was intended to be.” Slip. op. at 19-20.

Clearly I could go on (and on), but I will resist the urge to chug through more of the opinion like the Mt. Washington Cog Railway, leave that task to the legal scholars. But will this opinion significantly ease the burden on patentees? What if, on remand, the Board grants Aqua’s motion, considers some additional evidence for and against patentability and simply rules that the patent claims and the narrow claims are unpatentable? Maybe more thorough final opinions will lead to fewer unpatentability findings and fewer appeals to the Fed. Cir.? Would you take that bet?