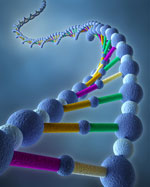 On January 25, a team at the Chinese Academy of Sciences published an online paper that will appear in Cell, 172, 1-7 (Feb. 8, 2018) reported the cloning of two Macaque Monkeys by Somatic Cell Nuclear Transfer. While non-primate animals such as mice, sheep (remember Dolly) and bovines have been successfully cloned, primates had not.

For an introduction to the technology involved, please read my paper in 83 JPTOS 830 (Nov. 2001), which covered both the state of the science and the law: “The Evolution of Patents on Life – Transgenic Animals, Clones and Stem Cells.” Among other topics, I wrote about the successful cloning of Dolly and continued:

“If differentiated human donor cells can be successfully induced into quiescence, and there is no reason to think that they cannot, ‘adult cloning’ of human beings should be possible. Some of the less far-fetched reasons to do this that have been proposed include replacing a terminally ill child or providing the donor with a source of matched tissue for transplantation. In fact, in November 1998, Advanced Cell Technology briefly made headlines when it announced it had made a ‘human’ embryo by fusing a nucleated human somatic cell with an enucleated cow cell. Such proposals have further fueled the moral outrage that has led certain [groups] to oppose almost every aspect of biotechnology, from patenting genes and transgenic plants to cloning humans. Their concerns will probably not be alleviated by the recent report from the Oregon Regional Primate Center that two rhesus monkeys have been cloned.”

This misstated the report, in that, while embryos had been produced by cloning techniques, no attempt was made to implant them into a surrogate mother to produce a cloned monkey. Now this has been accomplished, using the same donor to provide the nuclear cells. This resulted in two (cute but eerie) baby monkeys with identical nuclear DNA. The Chinese group’s paper could have copied the next sentence in my JPTOS article:

If you don’t want to read my 20-year old article, the basic cloning technology has not changed much, and it is well-summarized In re Roslin, App. No. 2013-1407 (Fed. Cir., May 8, 2014). I did two consecutive posts on this decision on May 9, 2014, questioning the rationale used to affirm a Board decision refusing a patent claim to an animal prepared by adult cell cloning. The Fed. Cir. panel found that Dolly the cloned sheep – and other cloned animals– were patent-ineligible as a product of nature that, although man-made, do not exhibit “markedly different characteristics” over its nuclear DNA donor sheep. Sound familiar?

A claim to a cloned non-human primate would almost certainly meet the same fate, unless the courts change course and recognize the existence of the genetically identical baby monkeys as a marked difference from anything that occurs in nature, including the adult DNA donor monkey. This non-natural “state of affairs” is due to the hand of man. This argument was apparently attempted by Roslin but the its argument that the clones were patent-eligible because they are “time delayed versions of their donor mammals” was dismissed by the panel in a single sentence: “As the Board noted, ‘[d]ifficulty with the time-delayed characteristic is that it is true of any copy of an original.’”

I can’t follow this logic. If you build a lamp from a base, a stem, a socket and a bulb and then decide to build another identical one using the same parts, you will arrive at an identical lamp at some time in the future – but the baby monkeys and the donor DNA monkey will never reach a state of identity. However, the panel simply held that “genetic identity” of the clone and the DNA donor “parent” animal rendered them identical. It will be interesting to see how the courts approach a clone in which one defective nuclear gene has been repaired, yielding an improved animal. At least the panel recognized this as a question yet to be resolved.