Ex parte Galloway – Two Correlations are Better than One 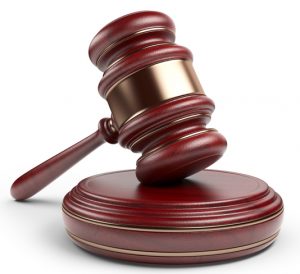 Although, somehow, examiners and PTAB Judges are supposed to refrain from considering anticipation or obviousness when evaluating claim elements for the “inventive step” required for patent eligibility, that’s just not possible. The claims in Ex parte Galloway were directed to an assay for prostate cancer that involved identifying prostate cancer cells in a sample and then washing and contacting the same sample with an antibody to a minichromosome maintenance protein (MCM):

The PTAB first considered the obviousness rejection over two pieces of prior art. However, one reference suggests “analysis of prostate epithelial cells shed into seminal fluid” could provide a prostate cancer assay, while the other reference teaches measuring “urinary (body fluid) PSA as a useful marker in diagnosis of prostate cancer.” The Appellant essentially argued that the references were not logically combinable, since the second reference “expressly avoids semen in his urine PSA assays.”

The PTAB accepted Appellants argument that “just because the markers were correlated in two different samples does not motivate one to use the markers together in a third type of sample, particularly since one marker is taught as correlating negatively with disease state.” The PTAB noted that the second reference disclosed the detection of PSA in urine, not in prostate cancer cells: “In summary, the evidence does not support the conclusion that a [POSA] would have considered it obvious to test the same sample of body fluid for both [PSA] and MCM2.” Rejection reversed.

On to s. 101. The Examiner, rather awkwardly, argued that the claims are directed to “detecting the judicial exception of naturally occurring levels of a prostate antigen and MCM-2 in a body sample from [a] prostate cancer patient.” A bit more directly, the Examiner concluded that “the additional steps in the claims are considered as routine data gathering steps in order to test for the correlation[s?] between the two marker levels and prostate disease state… they would be routinely used by [the POSA] in order to apply [use?] the correlation[s?].”

Of course, the PTAB had already concluded that application of the two assays to the same sample of cells was unobvious, using exactly the same rationale. Why not just say that the ordered steps of the claimed method are unobvious in view of the art, and thus cannot be considered well-known, conventional or routine to the POSA? Just as in the case in which a claim that is directed to a combination of natural products is patent-eligible if the combination exhibits markedly different (e.g., unexpected) characteristics, a claim directed to two or more natural phenomenon should be patent eligible if it meets the standards for unobviousness.

The most recent PTO Guidance on resolving the question of whether or not a claim to a judicial exception is patent-eligible focuses on the presence or absence of prior art evidence that establishes that the additional steps in the claim were conventional, routine or well-known in the relevant art. If the prior art cannot meet this burden, the claim is patent-eligible. I think that this prior art-driven standard amounts to an obviousness inquiry, and the PTO should just come out and say so. This is actually a higher standard than an inquiry into, say, how widely the additional steps were practiced, or otherwise imputing broad knowledge of the steps across the art, but an obviousness inquiry is a lot easier to conduct. For once, I will accept certainty over an inquiry that may be impossible to finally resolve.