Ex Parte Nagy – The Reach of the Mayo/Alice Rule Exceeds Its Grasp? 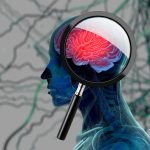 (i) obtaining lymphocytes from said human subject suspected of having AD and from an age-matched healthy subject with normal cognitive ability;

(ii) inducing cell division in the lymphocytes taken from the human subject suspected of having AD;

(iii) separating the dividing lymphocytes of (ii) into two pools and treating one pool of lymphocytes with rapamycin;

(iv) assaying the level of protein of at least one interleukin selected of interleukin (“IL”) 1 beta (IL1B), IL-2, IL-6 or IL-10 in the pool of lymphocytes treated with rapamycin and in the untreated pool;

(v) comparing the level of protein of the at least one interleukin obtained in (iv) for the pool of rapamycin-treated lymphocytes and the untreated lymphocyte pool to quantify the change in protein levels in response to rapamycin;

Claim 27 used the same methodology to determine that m-Tor signaling in a human lymphocyte is decreased if there is a decrease in the protein level of at least one of the interleukins in response to rapamycin.

The core of the Board’s reasoning bears repeating:

” Thus, here as in Mayo, the claims are not directed to a method of treating a disease. To the contrary, Appellant’s claims are similar to those in Mayo, which “were directed to a diagnostic method based on the ‘relationships between concentrations of certain metabolites [of the administered thiopurine drug] in the blood and the likelihood that a dosage of the thiopurine [TP] drug will prove ineffective or cause harm.'” [citing Vanda, quoting Mayo]. “This ‘relation is a consequence of the ways in which TP compounds are metabolized in the body–entirely natural processes. And so, a patent that simply describes that relation sets forth a natural law.'”[ Citing Vanda quoting Mayo]. Thus, here, as in Mayo, the relationship between certain [IL] protein levels and either the risk of [AD] progression or the decrease in mTOR signaling are entirely natural processes and Appellant’s claims do no more than simply describe that relationship, thereby setting forth a natural law.”[citing Mayo].

The dissenting Judge agreed that the comparing and determining steps were an attempt to patent a natural law. But he argued that step (iii) was not directed to a judicial exception, and had not been shown to be routine, conventional and well-known to the art, i.e., the claim element did not meet the Berkheimer “rules.”

But was this claim directed to a natural phenomenon in the first instance? While the Fed. Cir. characterized the claim in Mayo as a diagnostic method, this is only tenable due to the fact that the administration of the TP drug, in some cases, would not effect treatment. The claim can easily be written as a method-of-treatment claim:

administering to a human afflicted with said disorder an amount of a TP drug effective to cause the blood concentration of the drug’s TP metabolite to fall within the range of x to y ng/ml.

Anticipation and obviousness issues aside, would this claim ever have been challenged as an attempt to claim a natural phenomenon? Not likely, given the Fed. Cir.’s not-quite-articulated rule that methods of medical treatment are not directed to a judicial exception.

The diagnostic claim that Justice Breyer objected to in the Metabolite Labs. dissent was a simple “If the blood level of HCys is X, then Condition Y is present.” Breyer stretched this example to encompass the Mayo claim by asserting that the natural correlation at the heart of the Mayo claim was the correlation between the concentration of the TP metabolite and the likelihood that the drug would cause harm or be ineffective.

The Fed. Cir. has embraced a rule that the recognition of the utility of a naturally-occurring correlation cannot per se provide the required further inventive concept required by the Mayo/Alice rule. Instead of embracing this “rule”, the majority in this case simply disregarded the “comparing” and “determining” steps as “mental steps”. Space does not permit me to elaborate why Nagy’s claim is not a “method which can be performed entirely in the human mind.”  Do I need to?

In this decision, the main claims are much more complicated, particularly due to their recitation of inducing lymphocyte division, creating two pools of lymphocytes obtained from both AD suspects and controls, treating one pool from each pair with rapamycin, and quantifying the change in protein levels in response to the rapamycin treatment. It should not matter, in resolving the s. 101 question, whether or not steps (i) through (iv) or even through (vi) are in the prior art – leaving just the correlation step (vii) as the statement of the natural phenomenon. These steps are not part of the natural phenomenon and represent activities carried out in vitro by the hand of man.

Instead of leaving the claim as meeting Step 2A of the Alice/Mayo inquiry, the majority proceeds to Step 2B and uses the prior art to resolve the question of whether or not there is a further “inventive concept” in the claim a la Berkheimer. But wouldn’t it have been intellectually more honest to conclude that the claim, considered as a whole”, is not directed to a law of nature? In fact, Nagy apparently believed that steps (i) through (vi) were inventive all by themselves, since the majority cites Nagy’s own published application US 2004/0132113, as factual support for the conventionality of those steps.

While the majority mentions — but does not cite — additional evidence provided by the Examiner, the dissent discusses Nagy and Zhou and concludes that “neither reference suggests that the treatment of lymphocytes with rapamycin was a well-recognized technique used for the diagnosis of AD or any other purpose.” By now, the reader should note that Berkheimer has led us to a complete s. 103 analysis. Isn’t this where the Examiner’s analysis of patentability should have begun?