Ex Parte Schwartz – A Pyrrhic Reversal of a 101 Rejection 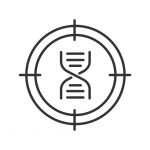 The PTAB decision reversing the Examiner’s s. 101 rejection in Ex Parte Schwartz, Appeal 2017-004975 (August 2, 2018) both demonstrates the need for more Examiner training on the ever-changing definition/identification of an abstract idea, particularly in the context of inventions in the life sciences area, as well as the fact that the PTAB can get it right.

The claim in question is a bit awkward in its wording, but not overly complicated:

21. A method [of] selectively modulating expression of a target gene in the genome of a human cell determined to be in need thereof comprising:

determining the presence of an encoded antisense [“AS”] transcript overlapping a promoter of the target gene;

contacting the AS transcript with an exogenous gapmer or double-stranded ag[“antigene”]RNA; and detecting a resultant modulation of expression of the target gene, the gapmer comprising [definition of gapmer] and the agRNA being [definitionn of agRNA]

The Examiner rejected the claims under s 101 as directed to the “abstract idea of determining the presence of an encoded antisense transcript overlapping a promoter of a target gene.” Having concluded that the claim failed Step 2A of the Mayo/Alice step, the Examiner conducted the Step 2B inquiry and ruled that the additional claim elements do not add “‘significantly more'” than this abstract idea because they describe “‘conventional techniques that do not add meaningful limits to practicing the abstract idea.'”

The PTAB found that the Examiner erred in finding that the claims were directed to the “‘abstract idea of determining the presence of an encoded AS transcript overlapping a promoter of a target gene.’ While the claims do require ‘determining the presence…’ as a step in the recited method, they are not limited to this step. Considering the claims as a whole, they are directed not to a method of ‘determining the presence…’ but to a method of ‘selectively modulating expression of a target gene.'” [Citing CellzDirect and Vanda as explaining that it is not enough to merely identify a patent ineligible concept underlying the claim, but the court must determine whether the patent ineligible concept is what the claim is directed to.] …[B]ecause the Examiner has not identified another applicable judicially recognized exception, we reverse the Examiner’s rejection of [the claims] as directed to patent ineligible subject matter.”

Note, however, that the determining step in the claim is not an abstract idea or mental step, but, as argued by Appellants, is one of three “active steps that result in the non-natural manipulation of gene expression….”

I have not read all the briefs, but it seems that the Examiner interpreted Mayo as directed to the “abstract idea” of “determining” the metabolite concentration in the blood as a marker for overdosing or underdosing the administered drug. Then the Examiner took the finding in Mayo that the remaining, foregoing steps in the claim were conventional as resolving Step B of the Mayo/Alice rule. Of course, Mayo was ruled to be an attempt to patent a natural phenomenon, but Schwartz demonstrates how easily Examiners can find that a claim is directed to an abstract idea if the claim contains a step that the Examiner can [in this case, wrongly, in my opinion] define as a “mental step.”

Oh, in case you are wondering what was Pyrrhic about this “victory,” the PTAB went on to affirm the Examiner’s obviousness rejection.