Posted on September 24, 2018 by Warren Woessner 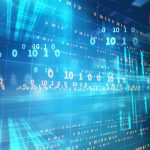 I am going to try to discuss two recent decisions by the PTAB, Ex parte Fiesner, Appeal 2018-00530 (9-10-18) and Ex parte Lehrer, Appeal 2016-007941 (8-29-2018). Both have claims that employ computers to process large amounts of input data to, hopefully, yield lots of useful output. Lehrer claims a method to identify at least one therapeutic target in a cancer patient by assaying multiple characteristics in the genome or phenotype of a biopsy to identify “at least one dysregulated pathway” that deregulates a gene product in the cancer as compared to normal tissue and identifying at least one target that would overcome the dysregulation.

Friesner claims a method of scoring binding affinity of proposed ligand molecules for a protein using a computer to assign a penalty to the binding affinity score depending on the solvation of the receptor. This allows identification of one or more active ligand-receptor complexes that are used for competitive screening of proposed ligands against the complexes. The inactive complexes are screened out.

These are grossly simplified outlines of the two claims under consideration but, in each case, the printed claims are nearly as long as the remainder of the opinions. Examiner Borin handled both applications and concluded that “[a}s such, the claims are drawn to processing information, converting one form of numerical representation into another [by organizing information through mathematical concepts and applying rules and categorizing information.] Thus, the claims are directed to an abstract idea which is a judicial exception.” [Lehrer omits the bracketed phrase].

The Examiner also argued that the claims failed Mayo/Alice step 2:

“Even if the specification had support for in vitro testing [as opposed to in silico testing – ed.], such testing [for unidentified characteristics] consist of well-understood, routine, conventional activity of ligand testing already engaged in by the scientific community. Essentially appending conventional steps, specified at a high level of generality to a judicial exemption, such as abstract ideas, cannot make these ideas patent eligible.” [Friesner]

In Lehrer, the Examiner made essentially identical arguments:

“The Examiner acknowledges that ‘the method steps while providing, arguably, improvement to analysis of data, do not demonstrate an improvement to the field of treatment of cancer.…’The claims do not recited inventive steps outside of data manipulation’…In addition, [the] Examiner asserts that those elements of [the claimed invention] that are directed to using drugs or biologicals for treating the patient ‘ consist of well-understood…activity of designing a treatment protocol using drugs or biologics of interest.”

I could quarrel with the position taken by the Examiner that either claim fails Mayo/Alice step 1. The use of specific characteristics regarded the type of solvation of the receptor in Friesner, and the ability to locate drugable targets in Lehrer are more that high level abstractions. In Friesner, the PTAB says a lot: “It is without question that ‘[t]he line between a patentable ‘process’ and an unpatentable ‘principle’ is not always clear.”

While I think that the outcome was correct, it will not take long for Examiner’s to locate articles, treatises, and the like, to provide the required evidentiary bases to support a Mayo/Alice Step 2 conclusion. Applicants will then be required to prove a negative. Then we all will be tossed back into the intellectual morass of having to define abstract ideas. I lean toward the maxim that a valid process claim does not just state the result to be achieved, but must recite how the result is to be achieved. I now cite with approval O’Reilly v Morse, 56 US 62 (1853).