Posted on September 12, 2018 by Warren Woessner 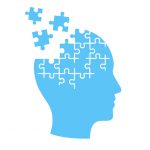 In Judge Plager’s concurrence-in-part in Interval Licensing v. AOL, Inc., he describes the “small puzzle” present in the Mayo/Alice analysis of a claim identified as directed to an abstract idea: “[I]f a court, after reviewing challenged claims in light of their terminology and written description, determines the claims to be ‘abstract’ in Step 1 [the PTO’s Step 2A], how can the same court be expected to determine on a second reading that the same claims have become ‘un-abstract’ via Step 2 [Step 2B of the PTO test]?”

The PTAB gave a demonstration of how the analysis can be carried out in Ex parte Ho et al. (Serial No. 11/797,322; Appeal No. 2016-007472, August 27, 2018) when they reversed the rejection of claims directed to an isolated population of bone marrow cells that had been cultured in two stages to yield the population of cells that co-express CD49c/CD90 while not expressing CD43/CD45, as well as expressing telomerase so that the cells retain their population doubling time. [This a a broad summary of the elements of the main claim -133- that recites these and other elements in more detail.]

While recognizing that the culture conditions have changed the phenotype of the claimed [sic: parent?] cells, the Examiner argued that the claimed features of the cells were simply discovered by the Appellants and that the features “are independent from any effort of appellant.” The Examiner argued that the specification did not disclose that the claimed cells have any “characteristics…that are markedly different from naturally-occurring counterparts.” This sounds a bit like the argument in Ariosa that the invention was merely the discovery by appellants that a natural product, cffDNA, could be isolated from a natural source.

Naturally [pun intended], appellants argued that the Examiner had not identified a naturally occurring counterpart of the claimed cells, “nor has the Examiner ‘provided any references showing that a cell population exists in vivo having the features of the claimed cell population.” [PTO Step 2A has not been met.] The appellant went on to argue that the “Examiner has not established that the culturing steps are routine or conventional,” and that the recited steps altered the starter cells characteristics [so that they met the “markedly different” standard of Step 2 [PTO Step 2B] of the Alice/Mayo test.

The Board blended step 1 and step 2, stating that the question was whether or not “the claimed cell population is patent ineligible because it is not markedly different from a progenitor cell population that exists in nature.” The problem with this blended approach is that the Examiner did not present any evidence that the claimed population of cells has a naturally occurring counterpart.

Instead of simply accepting appellants’ argument that there is no naturally occurring counterpart and ending the s. 101 inquiry at step 1, the Board finessed the lack of evidence:

“Assuming for the purpose of deciding this appeal, that the Examiners [step 1] burden has been met, the burden shifts to applicant to submit evidence sufficient to convince [the POSA] that the claimed subject matter is not directed to… a product of nature. Again, the relevant inquiry… is whether the claimed cell population is ‘new’ with markedly different characteristics’ form anything found in nature. …The Examiner has not persuasively identified any inadequacy in appellants’ rebuttal evidence, not has the Examiner provided scientific reasoning or evidence sufficient to support a finding that the claimed isolated cell population is a product of nature, lacking markedly different characteristics from a naturally occurring counterpart.”

Now please take a look at Judge Plager’s comments above (and my earlier post on Interval Licensing). If the cells have no naturally occurring counterpart, isn’t it manifest that they are not a natural product? The only evidence that the Examiner provided that there is a naturally occurring counterpart was his/her argument that there must inherently be such a counterpart. If this argument is rejected, why should appellants be required to show markedly different properties? As described in the specification, the closest counterpart cells appear to be the cultured cells employed as the “starting material” for the claimed cultured cells, and there was no 103 rejection over these cells (which are described in the opinion).

If the Examiner cannot establish that the claimed subject matter does not per se exist in the prior art jungle of nature, shouldn’t the s.101 inquiry stop there?