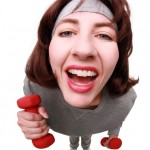 The Australian Patent Office appears to grappling with the requirement that a physical effect take place in order for a business method to be patentable.  This note sent by Bill Bennett of Pizzeys Patent and Trademark Attorneys raises interesting issues about the need for a “physical effect” as “the touchstone of patentability.”

The APO has issued a decision which has created uncertainty regarding the patentability of business methods.

Until recently, our advice to clients was that business methods were patentable in AU, provided that the claims were limited to execution of the business method in a computer environment.

The APO has now issued the Iowa Lottery decision in which the Deputy Commissioner of Patents concludes (at para 17) that:

I do not believe there is any authority in Australian law for the proposition that the mere identification of a physical effect is sufficient for patentability. (underlining added)

The decision can be viewed here:
https://www8.austlii.edu.au/cgi-bin/viewdoc/au/cases/cth/APO/2010/25.html

A physical effect in the sense of a concrete effect or phenomenon or manifestation or transformation is required. In NRDC, an artificial effect was physically created on the land. In Catuity and CCOM as in State Street and AT&T, there was a component that was physically affected or a change in state or information in a part of a machine. These can all be regarded as physical effects. (underlining added)

Thus, the Full Federal Court in Grant found that “physical effect” is the touchstone of patentability.  It is especially noteworthy that the Full Federal Court expressly referred with approval to cases where a business method was implemented in a computer environment such that performance of the method resulted in a “change of state or information” in a part of the computer.

We find it very difficult to reconcile the Deputy Commissioner’s statement in Iowa Lottery with the precedential statements of the Full Federal Court in Grant.  The apparent discord between the Deputy Commissioner’s view and legal precedent may ultimately only be clarified by further appeals to the Federal Court by patent applicants denied claims to business methods.

Until such time that the law is further clarified, our practical advice to applicants is to draft and claim inventions in the context of being a method of operating a computer (as opposed to being a business method which happens to be implemented in a computer).  Such description and claims should focus heavily on the changes in state or information which occur within the computer and should make these features central to the invention.  For cases which have already been filed in AU, we suggest re-drafting, within the limits of allowable amendments, to focus heavily on the changes in state or information that occur within the computer.