Posted on September 2, 2011 by Warren Woessner 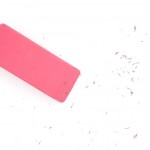 On August 31, 2011, a three-judge panel of the Fed. Cir. (Rader, Newman, Moore) revisited the court’s 2009 summary affirmance that the claims of three Classen patents were not directed to patentable subject matter. (A copy is at the end of this post.) This reconsideration was a result of a GVR from the Supreme Court in the wake of the Bilski decision (130 S. Ct. 3218 (2010); GVR, 130 S. Ct. 3541 (2010)). The Bilski decision rejected the M or T test as the sole test by which to evaluate the patent-eligibility of a process, and the Fed. Cir. had based its earlier affirmance of the district court’s ruling on the failure of the claimed processes to accomplish a transformation (304 F. App’x 866 (Fed. Cir. 2008). In March 2009, one of the first posts on this blog was a note I co-authored, criticizing the court for not recognizing that the recited immunization steps accomplish the biotransformation of an animal from a nonimmune state to an immune state. On December 17, 2010, I posted a note on the court’s affirmance of its earlier decision in Prometheus v. Mayo, that the disputed method claims were directed to patentable subject matter, and I suggested that the original Classen decision should be “fixed.” Judges Rader and Newman agreed that 2/3 patents in suit—the ‘739 and the ‘139 patent—claimed patentable subject matter, while a third patent, U.S. Pat. No. 5,723,283 fell into the “abstract ideas” exception to s. 101.

So far, so good. The majority seems to accept, at least for the purposes of this review of S.J., that the methods are “useful” and that they are “new” for purposes of s. 101; they are not directed to a law of nature, like gravity, or to a physical phenomenon, like lightning. The majority also reaffirmed, as in Prometheus v. Mayo, that the presence of a mental step does not per se preclude patent-eligibility. But will the claims still fall into the dreaded “abstract idea” category that doomed the Bilski claims? In the case of the ‘739 and ‘139 patents, the majority answered that question, “No”:

“The claims of the ‘139 and ‘739 patents are directed to a method of lowering the risk of chronic immune disorder, including the physical step of immunization on a determined schedule. These claims are directed to a specific, tangible application, as in Research Corporation [v. Microsoft, 627 F.3d 859 (Fed. Cir. 2010)(computer conducted method of comparing images is patent-eligible)], and in accordance with Bilski v. Kappos…exclusions from patent eligibility should be applied ‘narrowly,’ 130 S.Ct. at 3229, we conclude that the subject matter of these two patents traverses the coarse eligibility filter of s. 101.” Slip op. at 18-19.

By now I had concluded that the majority accepted Classen’s arguments about the physicality of all of the claims in suit at page 16 of the opinion; at least Rader and Newman did not seem to dispute that: “Classen argues that the immunization step is conducted after selection of a lower risk schedule, as in the ‘139 and ‘739 claims, or that immunization produces information about immunization effects, as in the ‘283 patent. Thus Classen states that its claims are not directed to an abstract idea…..”

This fact alone should have permitted the ‘283 claims to pass through the filter. But I was wrong. Jump ahead to pages 4-5 of Judge Moore’s dissent. She sets out the only independent claim of the ‘283 patent. This claim is based on Classen’s discovery, as described above. It is a method for screening immunization schedules for their ability to induce chronic immune disorders by immunizing a “treatment group of mammals” and comparing chronic immune disorders that arise in the treatment group with those in the control group. While the majority characterizes this claim as simply the first step (I)(a) of claim 1 of the ‘739 patent, it is not. It is the underlying method of detecting the “screened immunization schedule[s]” recited in the first step of that claim. But the drama is in fn. 1 on page 4, in which Judge Moore “accuses” the majority of misreading claim 1 of the ‘283 patent:

“I am perplexed by the majority’s suggestion that this claim ‘is directed to the single step of reviewing the effects of known immunization schedules,’ Maj. Op. at 20, as the claim clearly requires immunizing mammals and then comparing the results to the known group. Moreover, the majority unfairly characterizes Classen’s arguments regarding the ‘283 patent. While Classen says ‘the claims of the patents in suit,’ it is clear from the context that Classen is referring only to the comparison step of the ‘139 and ‘739 patents not requiring clinical trials. As that paragraph explains, the claims being discussed [the ‘139 and ‘739 claims] contain the two steps of ‘Step (I) screening’ and ‘Step (II)’ immunizing. Moreover the preceding paragraph clearly demonstrates his claim is that ‘neither the ‘139 nor the ‘739 patents require actual participation in conducting a study.” Classen Br. 40. When Classen actually references the ‘283 patent, he correctly describes the ‘283 claims as requiring ‘two method steps: (I) immunization and (II) comparison.” Classen Br. 7. The ‘283 patent claim clearly and unequivocally requires the physical act of immunization and it is unfair of the majority to analyze the claim for s. 101 purposes as though it did not have that step.”

Now jump back to pages 20- 21 of the majority opinion:

“The representative claim of the ‘283 patent is directed to the single step of reviewing the effects of known immunization schedule, as shown in the relevant literature.”

No it’s not. This is a more apt description of the first two steps of claim 1 of the ‘739 patent, which could be carried out by a literature review. At first I thought that the opinion intended another claim from the ‘283 patent, but claim 1 is the only independent claim. The majority goes on to hold that claim 1 of the ‘283 patent is an abstract idea “unrelieved by any movement from principle to application” and states:

“The principles applied in Prometheus support the patent eligibility of the Classen claims that include such transformative steps, but are not relevant to claims that require no more than referring to known information but do not include immunization in light of that information.” Slip. op. at 22.

At best, this is a complete misreading of claim 1 of the ‘283 patent, which should be corrected by issuance of a revised opinion. At worst, it suggests acceptance of the Metabolite dissent, and a bleak future for diagnostic claims that correlate the level of a marker to the presence of a pathology, without reciting a treatment step. Newman closes the 101 section with a pat on the back for the majority that they do not deserve:

“Pragmatic thoroughness is thereby achieved, for extensive precedent guides the continuum from abstractness to specificity, in the context of a vast breadth of subject matter. Aided by this experience, courts may more readily resolve close questions such as are here presented.”