Posted on October 3, 2011 by Warren Woessner 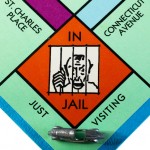 Last week the Fed. Cir. affirmed the district court’s finding of no inequitable conduct, due to the failure of the applicant or his attorney to cite a relevant prior art reference in a parent application that yielded the two patents-in-suit. Cordis Corp. v. Boston Scientific Corp., App. No. 2010-1311, -1316 (Fed. Cir. Sept. 28, 2011). (A copy of the decision is found at the end of this post.) In the earlier proceeding the district court, in a bench trial, found that BSC had proved the threshold levels of materiality of the reference and intent regarding nondisclosure by clear and convincing evidence. The court went on to hold that applicant had not purged the fraud (my term) by merely citing the reference in the “child application” in a “normal IDS” and that both patents were unenforceable due to IC (ed. note – remember “the fruit of the poisonous tree”).

On appeal, the Fed. Cir. agreed that the reference was material but remanded for additional, more specific findings on intent to deceive, e.g., whether or not the inventor in fact read the search report or the reference. Cordis Corp. v. Boston Scientific Corp., 188 F. App’x 984, 988 (Fed. Cir 2006). The district court, did not make these findings but, rather, reconsidered the evidence of record and found that the “clear and convincing standard” had not been satisfied regarding deceptive intent. The court based its new finding on its opinion that “the inferences argued by plaintiff are supported by evidence of record and are as reasonable as those inferences argued by defendants.” [641 F. Supp. At 359; citing Scanner Techs. Corp. v. ICOS Vision Sys. Corp., 528 F.3d 1365 (Fed. Cir. 2008)].

Not surprisingly, the Fed. Cir. affirmed, noting that “[t]his appears to be a case where BSC proved the threshold level of intent to deceive, but that proof was rebutted by [the inventor’s] good faith explanation [citing Therasense and Star Scientific]…we agree that there is substantial evidence calling into question [the inventor’s] veracity. But it was the province of the [d.c.] to determine credibility, and ‘this court gives great deference to the district court’s decisions regarding credibility of witnesses.” Slip op. at 23. But I searched this opinion in vain for identification of the “good faith explanation.” The entirety of the “good faith explanation” seems to be along the lines of “I was careless in not informing the inventor of the relevance of ‘Y’ references” – let alone the presence of a highly material reference – for the attorney and, “I don’t like to read prior art” – for the inventor. But remember, even gross negligence cannot per se establish the level of specific intent required by Therasense.

It seems to me that the take-away for the district court judges is that, if you want some “equitable respect,” apply Therasense strictly and don’t be too quick to find inequitable conduct, even if applicant’s story is less than compelling. In this case, the inventor had been prosecuting pro se for some time, then hired a patent attorney to help with foreign prosecution. The attorney sent the inventor a search report with one “X” and a number of “Y” references. The attorney testified he did not normally do more than a cursory review of “Y” references – although, in combination they can defeat patentability – and the inventor testified that he just compared the drawings in the references to the drawings in his application. It was one of the “Y” references that was found to be material here. When the inventor and the attorney learned of its relevance, they cited it in a continuing application, but took no action regarding the parent patent.  The Fed. Cir. remanded, even though the district court found that “[t]he patentees purposefully neglected their responsibility of candor to the PTO by ‘putting their heads in the sand’ regarding prior art related to [a key feature of the claimed stents].” There are a lot of “Get Out of Jail Free’ cards in the Therasense [patent] Monopoly(R) deck.