Posted on December 2, 2011 by Warren Woessner 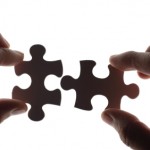 The above proceedings relate to European Patent (UK) 0,939,804 concerning a new  human  protein called Neutrokine-α. The specification explained (i) the existence and amino acid sequence of Neutrokine-α, (ii) the nucleotide sequence of the gene encoding for Neutrokine-α, (iii) the tissue distribution of Neutrokine-α, (iv) the expression of Neutrokine-α by its mRNA (the encoding gene) in T-cell and B-cell lymphomas, and (v) that Neutrokine-α is a member of the TNF ligand superfamily.  The specification described the invention as potentially useful for the diagnosis, prevention, or treatment of a large number of disorders of the immune system, either through Neutrokine-α itself or through its antagonists. However, nowhere in the Patent was there any data or any suggestion of in vitro or in vivo studies, so there was no experimental evidence to support any of those suggestions.

The key question, both before the UK Supreme Court and before the EPO Appeal Board in parallel opposition proceedings T 0018/09 (Click Here) was whether the information about potential utility was sufficient to satisfy the industrial applicability requirements of a. 57 EPC.

In the UK at first instance (Click Here) the Patents Court (Kitchen J.) concluded that utility was merely speculative and that:

“Neutrokine-α has now been shown to have an important role in the development of autoimmune disease and B-cell cancers; but, at the same time, much of its biology remains unclear and is the subject of continuing study by many different research centres. In my judgment the nature and extent of all this research work, the limited conclusions ultimately drawn and the amount of work that remains to be done point strongly to the conclusion that the therapeutic and diagnostic applications suggested in the Patent were indeed speculative.”

On appeal (Click Here) in the Court of Appeal affirmed the decision of Kitchen  J. and observed:

“Now it is true that it was known that all members of the superfamily were expressed by activated T cells, that they all played a role in the regulation of T cell proliferation and T cell mediated immune responses and that some of the ligands played a role in the regulation of B-cell proliferation and antibody secretion and some took part in T cell dependent regulation of B cells. But it by no means follows that any member of the superfamily has a practical use or that the skilled reader would envisage such a use (other than as a speculation) on being told that a new member of the superfamily had been found. You would have to investigate each of them to find out. It is not impossible they would have such a use of some sort, but no more. It is all too speculative to say, on the basis of the information in the patent and common general knowledge that a newly found member of the superfamily is “capable of industrial application.” That view is surely reinforced by the fact that only TNF-α had found any use and that was rather specialised, as I have already noted.”

These decisions were reversed on further appeal by the Supreme Court (Click Here) which confirmed that the principles set out by the EPO Appeal Boards should be followed (which the courts below had also been purporting to do), Lord Neuberger giving the leading opinion set out what those principles were considered to be in the context of newly discovered proteins:

“The general principles are:

Where a patent discloses a new protein and its encoding gene:

(v) The patent, when taken with common general knowledge, must

(x) The requirements of a plausible and specific possibility of exploitation can be at the biochemical, the cellular or the biological level (T 0898/05, paras 29-30);

Where the protein is said to be a family or superfamily member:

(xiii) If the disclosure is “important to the pharmaceutical industry”, the disclosure of the sequences of the protein and its gene may suffice, even though its role has not “been clearly defined” (T 0604/04, para 18);

In the present case the disclosure of the existence and structure of Neutrokine-α and its gene sequence, and its membership of the TNF ligand superfamily should have been sufficient, taking into account the common general knowledge, to satisfy the requirements of a.57 EPC. The fact that the members of the TNF ligand superfamily had pleiotropic effects was inapplicable where all known members of the superfamily exhibited common activities to a significant degree. The fact that further work was required to see whether the disclosure actually had therapeutic benefits did not undermine the validity of the patent. The approach of the EPO Appeal Board in the parallel opposition proceedings T 0018/09 at paras 22-30 appeared more in line with the previous EPO jurisprudence than the approach of Kitchin J and the Court of Appeal. If a statement that the invention probably has a pharmaceutical use was indeed plausible, then, in the absence of any reason to the contrary, it at least prima facie satisfied the requirements of a57 EPC.

A concurring opinion of Lord Hope contains observations about the meaning of “plausibility” in the present context. There should be a real reason for supposing that statements of likely use were true, but the standard was not higher than that and it was not necessary to show that a particular use for the product had actually been demonstrated and a test of “immediate concrete benefit” e.g. in the sense of any disease or condition which Neutrokine- α could be used to diagnose or treat was over-severe. Lord Hope concluded:

“For these reasons I cannot agree with Jacob LJ that the differences between the conclusions reached by the judge and the TBA are attributable to the fact the Board was working on different evidence and was using a different procedure. It seems to me that they are attributable to differences of principle about the amount of information that was needed to show that the invention was susceptible of industrial application. The test to be applied to determine this issue is a question of law, not one of fact. As Jacob LJ observed, our practice is to follow any principle of law clearly laid down by the TBA: [2010] RPC 14, para 39.

In a further concurring opinion, Lord Walker observed that there were two policy arguments for allowing the appeal. The first was to reduce the risk of a chilling effect on investment in bioscience. The second was is to align the UK’s interpretation of the EPC more closely with that of other contracting states. These considerations justified the Supreme Court Court in taking what would otherwise be a questionable course of reversing experienced patent judges at first instance and in the Court of Appeal.”

The present appeal was acknowledged as a difficult borderline case and that such decisions were fact-sensitive. It would therefore be unwise for practitioners to take the statements of utility in the patent in issue as a model, and disclosure of specific and credible utility where possible must remain the better course. Furthermore over-speculative statements may distract a court into the view that a claimed invention lies on the wrong side of the line, as demonstrated by an acid comment from Lord Hope that:

“The range of diseases and conditions which Neutrokine-α and antibodies to Neutrokine-α might be used to diagnose and treat were astonishing and there was no data of any kind to support the claims made.”

In Human Genome Sciences the evidence was that a skilled person could find his way through the speculative outer screen to the core of the invention and in the outcome both the EPO Appeal Board and the UK courts did so. It was apparent from a recent seminar that Robin Jacob’s hostility to over-speculation combined with an absence of clearly demonstrated effectiveness influenced his decision of invalidity in the taxol-eluting stent case, Conor Medsystems v Angiotech, subsequently reversed by the House of Lords. It cannot be assumed that the generation of judges tasked with deciding on the validity of patents granted for applications currently in prosecution will necessarily exhibit the same tolerance of over-speculation: earlier generations were not as shown by the decision of the UK House of Lords in May & Baker v Boots (1950) 67 R.P.C. 23.