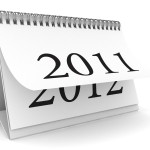 I spent a day or two looking back over the breaking IP news that resulted in posts on Patents4Life. I wrote most of them, but want to take a pause to thank regular contributors Paul Cole, Ron Schutz and Stefan Danner for their help. Patents4Life was originally intended to be a “blawg” focused on IP developments affecting the Life Sciences and, as 2011 comes to a close, I have put together a “top ten” list of stories to which attention had to be paid – by all of us in most cases – litigators, prosecutors and tech transfer professionals in the U.S. and abroad. The single most-apparent trend in IP last year was the increasing globalization of IP law – consider inter-office work-sharing and the prosecution highway. But I don’t want this column to go on into 2012, so here, in reverse order, are the “legal events” that dominated the netwaves in 2011. (I apologize for what I hope will be minor errors of fact and spelling – I am writing this from notes I made while back-tracking through the year.)

10. The Stem Cell Suits. In Sherley v. Sebelius, the district court finally dismissed the suit which had resulted in a ban on Federal funding for stem cell research, after the Court of appeals reversed its initial decision. (See Post, July 28th). However, in October, the Court of Justice of the EU ruled that claims to embryonic stem cells or even to cells that could become sources for embryonic stem cells were not patentable. (See post, Oct. 18th). Some types of gene therapy were indicated to be allowable. The future of embryonic stem cells is cloudy with a chance of further retreats like Geron’s.

9. On October 18th, Saint-Gobain petitioned for cert., urging the Supreme Court to answer a burden of proof question that comes down to: “Does holding a patent on an improvement on a patented invention that does not literally infringe insulate the accused infringer from infringement under the doctrine of equivalents?” This question has been simmering under the surface of infringement law for decades, the Fed. Cir. is clearly divided and the Supreme Court might bite. See Post of March 8, 2011 as well as October 14th post.

8.  Supreme Court granted cert. in Caraco Pharm. v. Novo Nordisk to decide if an ANDA (generic) filer can counterclaim to delete or limit the use code put in the Orange Book by the NDA holder. This may seem like a fine point of Hatch-Waxman litigation, but it highlights the Court’s new level of interest in all areas of IP law.

7. On June 6th, the Supreme Court ruled that the Bayh-Dole Act doesn’t per se create ownership rights in inventions made at Universities with federal funding. See June 8th Post – Stanford v. Roche. Universities across the country amend their invention disclosure forms to include assignments.

6. On June 9th (busy session), Supreme Court ruled that “materially new” prior art not before the Patent Office during prosecution does not change accused infringer’s burden of proving invalidity from “clear and convincing” to some lesser standard. Microsoft v. i4i – Posts on March 25th and June 10th.

5. Post-Myriad WDR spreads its (dark) wings. On June 11th, the Fed. Cir. invalidated J&J drug eluting stent patents because the specification did not adequately describe analogs of rapamycin that could be used as the active ingredient. On Feb. 25th, Centocor priority document fails written description requirement by not exemplifying fully-human monclonal antibodies, i.e., those used to make Abbott’s Humira. Although the court reiterated that working examples are not required to meet WDR, the decisions provide no meaningful guidance toward alternative approaches. Bright spot: “Antibody exception” survives.

3. On Dec. 7, 2011, the Supreme Court hears oral arguments in Prometheus v. Mayo, in which Mayo appeals Fed. Cir. rulings (two of them) that a method of determining an optimal dose of an immuno-suppressive drug by giving the drug to the patient and determining if the dose needs to be adjusted based on the level of the drug metabolites in the patient’s blood is a patentable method of medical treatment. Second Fed. Cir. decision is discussed in Post of Dec. 17, 2010; the Court granted cert. on June 20th. I have done multiple posts on the briefing in this appeal. (See Nov. 3rd, Nov. 7th, Nov. 21st,  and Dec. 9th.) I predicted that Mayo would not prevail using “natural phenomenon” and/or “mental steps” arguments, but other commentators are not so sure.

2. AMP v. Myriad. On December 16th, the ACLU team petitioned for cert. after the Fed. Cir. invalidated Myriad’s broadest diagnostic method claims as “abstract ideas” but upheld the validity of the claims to isolated BRAC2 DNA sequences as patentable chemical moieties. (See Posts of July 29th and July 31st on the split Fed. Cir. decision.) I posted on one paper indicating that such “DNA claims” have almost no impact on diagnostic medicine and have noted that the loss of the diagnostic method claim threatens the future of claims directed to personalized medicine. Actually, while the ACLU has stated that they are not challenging the patentability of methods of medical treatment, a loss in Prometheus would put patents on simple diagnostic methods that measure biomarkers like PSA or anti-HIV antibodies squarely in the sights of the anti-patent folks. You betcha!

1. Of course, the America Invents Act. In my post of Sept. 13th, I noted that this “patent reform” law contains 11 new ways to limit patent protection and enough ambiguity to keep patent attorneys and commentators busy for a decade. And why couldn’t the first-to-file (already being called “first-to-publish” by some writers) provisions more closely mirror the EPC? Don Chisum has already written a book-length treatise on the changes in the laws controlling priority claims alone. The proposed regulations on the first provisions to go into effect were to be published in January, but with all the personnel changes of late, I wouldn’t bet on it. (Other Posts; Sept. 12th and Sept. 20th.)

Well, 2012 is certain to meet the standard of the Chinese curse, “May you live in interesting times.”