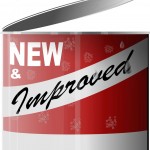 On Tuesday, the Supreme Court denied Centocor’s (now “Janssen”) petition for cert. and so let stand a ruling that Centocor’s patents on humanized monoclonal antibodies (covering Abbott’s Humira) are invalid for failure to meet the written description requirement (WDR) of s. 112(1). Since cert. was not requested following the en banc decision in Ariad v. Lilly, which essentially reached the same conclusion on drugs — not yet discovered — that might alter the NF-kB pathway, this was the first good chance the Supreme Court had to weigh in on the heightened WDR that has been applied with regularity by panels of the Fed. Cir. to invalidate biotech patents claiming early stage inventions since it was articulated by Judge Lourie in the 1997 U. of Cal. v. Lilly decision. As I have written in a number of posts on subsequent decisions, this new and improved WDR has led biotech patentees down a trail of legal tears as, with few exceptions, their patents have failed the WDR – even if the claims were arguably enabled by the specification—a question that the Fed. Cir. has increasingly refused even to consider once the increasingly easy button of the WDR has been used to invalidate the patent.

Furthermore, in the absence of divided opinions among the Fed. Cir. judges, a grant of cert. was even less likely. The current court can hardly be called divided on this issue. Judges Rader and Linn wrote the only dissenting opinions in Ariad. I had a chance to review a slideshow Prof. Janice Mueller put together in 2003 as part of a presentation on WDR at AIPLA and the situation was much different. On a slide entitled “Federal Circuit Views On WDR,” Janice (a former clerk for Judge Rich), put Rader, Linn and Gajarsa as on the side of “tradition, tradition” (limiting WDR to deciding priority issues), noted Judges Michel and Dyk as on the fence, put Mayer Prost and Schall as “undeclared” and lined up Judges Newman, Bryson, Clevenger, and Prost as siding with Judge Lourie in favor of the “Expansive Application of WDR.” In 1993, I published a note in JPTOS Vol. 85, page 1, discussing the Fed. Cir.’s second look and reversal of its initial invalidation of the Enzo probe patents. It looked like the consensus of the court might move away from the “make it or fake it” [my term] prescription of Lilly.

How almost a decade can change things! Judges Gajarsa, Dyk, Prost and Mayer have moved to the Lourie “camp.” And there have been some new recruits, as Judge Moore voted with the majority in the Ariad en banc decision, which also included Judges Lourie, Newman, Bryson, Prost, Gajarsa and Dyk. Gajarsa also voted with Moore and Bryson in the recent BSC v. J&J decision which invalidated the rapamycin-releasing stent patents, and extended the reach of the new WDR into small molecule pharmaceuticals. Finally, the original Centocor panel decision was authored by Bryson, Clevenger and Prost. Game. Set. Match.

In this informal poll, I note that Judges O’Malley, Reyna and Wallach have not been heard from and, of course, Judge Michel has retired. As a final thought, it is worth repeating the final sentence of Judge Rader’s dissent in Ariad: “If this court perceived a need for renewed attention to description requirements, it should strengthen its enablement jurisprudence instead of making new rules. Invention of new technologies strengthens and advances the ‘useful arts,’ but invention of new doctrines frustrates and confuses the law.” Not just pretty words, but not the majority either.