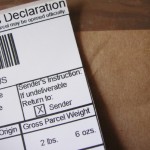 Today, as predicted by many commentators, the Supreme Court set aside the ruling by the Fed. Cir. that claims to isolated DNA sequences that are the BRCA 1 or 2 gene, or fragments thereof, are patentable subject matter. The Supreme Court ordered the Fed. Cir. to reconsider its 2-1 panel decision in view of its recent opinion in Prometheus that assays to optimizing drug efficacy based on measuring metabolite levels were no more than attempts to patent natural phenomena.

It is not entirely clear what guidance the Prometheus opinion provides for the appealed DNA claims in the Myriad decision. After all, the claims closest to the invalidated Prometheus claims were the claims to a method of locating mutations in a subject’s BRCA DNA by comparing it to a benchmark, or wild-type BRCA sequence. In the Supreme Court’s opinion, Justice Breyer contrasted the claims at issue with claims to a new compound:

“Unlike, say, a typical patent on a new drug or a new way of using an existing drug, the [Promethus claims] do not confine their reach to particular applications of those  [natural laws].”