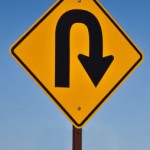 Today, in Caraco Pharmaceutical Laboratories, Ltd. v. Novo Nordisk, in an opinion authored by Justice Kagan (a copy can be found at the end of this post), the Court reversed the Fed. Cir.’s divided 2010 decision that an ANDA filer (a “generic drug company”) sued in para. IV litigation cannot assert a counterclaim that the NDA holder (“the innovator”) listed a use code in the FDA Orange Book that is overly broad. This question is important because during litigation, Novo had broadened its use code to cover uses Caraco alleged were not within the claims of the listed patents, but which Caraco wanted to be able to include in its labeling. So the question presented was:

“Whether an ANDA applicant may assert a counterclaim under Section 355(j)(5)(C)(ii)(I) by alleging that the brand name manufacturer’s patent information [the use code] does not accurately and precisely describe the method of use claimed by its patent.”

“the Fed. Cir. decision below answered this question, ‘No’ based on the pain [sic, but correct, for Caraco] language of the statue. However, the dissent wrote: ‘With the majority’s blessing, pioneering drug manufacturers now have every incentive to follow Novo’s lead and draft exceedingly broad use codes thereby insulating themselves from competition and rendering Section viii [which allows generics to ‘carve out’ patented uses when labeling for non-patented uses] a dead letter.”

“The relevant statute provides that a generic company ‘may assert a counterclaim seeking an order requiring the [brand manufacturer] to correct or delete the patent information [it] submitted…under [two statutory provisions] on the ground that the patent does not claim…an approved method of using the drug [see statute cited above]. We hold that a generic manufacturer may employ this provision to force correction of a use code that inaccurately describes the brand’s patent as covering a particular method of using the drug in question.”

Justice Kagan then spends several pages on the Hatch-Waxman procedures applying to ANDA filers who attempt to correct erroneous Orange Book listings, including the particularly egregious 2001 decision in Mylan Pham. v. Thompson, 268 F.3d 1323 (Fed. Cir. 2001) in which an innovator attempted to stay under the Hatch Waxman para. IV provisions by listing a new patent

“ostensibly extending its rights over the drug [listed in the Orange Book], but in fact covering neither the compound nor any method of using it. The FDA, as was (and is) its wont, accepted the listing at its word and accordingly declined to approve a generic product.”

Mylan sued the FDA, but the Fed. Cir. ruled that the Hatch-Waxman Act did not permit such a right of action.  Justice Kagan noted that in 2003 amendments to the Act, Congress authorized the ANDA applicant to

“assert a counterclaim [in para. IV litigation] seeking an order requiring the [brand] to correct or delete the patent information submitted by the  [brand]…on the ground that the patent does not claim either [the drug or an approved method of use]…This case raises the question whether the counterclaim is available to fix a brand’s use code [as opposed to only deleting patent numbers].”

You can pretty much skip to pages 24-25 of the opinion, where Justice Kagan notes that the generic company cannot use para. IV litigation to get on the market by alleging non-infringement of the listed patents, since the generic must

“propose labeling identical to the brand’s; it cannot carve out any uses….And that proposed label will eventually infringe because it will include use(s) on which the brand does have a patent. So here…the counterclaim offers the only route to bring the generic drug to the market for non-infringing uses. Novo’s view eliminates the counterclaim where it has the greatest value….The test and context of the provision demonstrate that a generic company can employ the counterclaim to challenge a brand’s overbroad use code. We accordingly hold that Caraco may bring a counterclaim seeking to ‘correct’ Novo’s use code ‘on the ground that’ the ‘358 patent ‘does not claim…an approved method of using the drug’—indeed, does not claim two.”

So the Fed. Cir. receives another spanking, this time on statutory interpretation grounds. The Judges must feel like they could use a new law just passed in Minnesota – it criminalizes the abusive restraint of a minor.

More Caraco commentary from past posts