Lilly Files Amicus Brief in Myriad Remand – With Friends Like This… 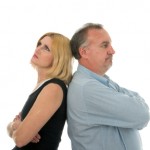 Following its reversal of the Fed. Cir.’s decision in Mayo v. Prometheus (“Mayo”), the Supreme Court GVR’d in response to AMP’s (read: ACLU’s) appeal of Myriad’s claims to isolated DNA sequences and to a method of screening potential anti-cancer drugs using cells transformed with BRCA DNA (“claim 20”). I have reviewed a number of the amicus briefs that were filed prior to the June 15th deadline (oral hearing at the Fed. Cir. is set for July 20th) and they prompted me to reflect on the magnitude of what has been lost and the potential for future judicial limits on patentable subject matter.

First, a quick look back at what was lost in Mayo. Certainly, going forward no one is going to draft claims like the main claims to giving an AZA-type drug, measuring the level of the 6-MP metabolite and drawing a conclusion about whether to adjust the dose. However, because the Prometheus claims were method-of-medical treatment claims in disguise, it seems to me that claims to dosing regimens of all types, for any purpose, are no longer patentable subject matter. Such claims are often used by NDA holders to obtain add-on patents, that are listed in the Orange Book as methods of using the approved drug. The Fed. Cir. has invalidated such claims as inherently anticipated or as obvious in view of the primary use of the drug, e.g., an effective dose treats cancer, but the court’s job just got a lot easier.

I don’t think that the Supreme Court intended to rule that method of medical treatment patents are patent-ineligible under 101, but you would not get that from the odd amicus brief filed by Eli Lilly (a copy is provided at the end of this post). The brief, authored by Bob Armitage and Jim Kelly, argues that any claim that contains a mental step – or a step that could be performed mentally – should be patent-ineligible. Even accepting the “rule” of Cybersource that “a method that can be performed by human thought alone is merely an abstract idea, and is not patent-eligible,” this brief reads like a “modest proposal” that would make it impossible to patent, not just diagnostic methods, but methods of medical treatment as well. After all, doesn’t treating a patient afflicted with lung cancer by administering “an effective amount” of cisplatin encompass a step that involves the application of judgment by the physician?

Attacks on claims that require the operator to think about the results of an assay (not exclusively in the medical area), have been rebuffed by the CCPA. The Lilly brief suggests that mental activity buzz words or phrases include “is indicative of,” “determining” and “comparing [as in growth rates].” Such phrases can identify “poison steps” that are fatal to patent-eligibility. Even innocuous screening claim 20 may not be safe from this semantic witch hunt. The basis for this new rule is s. 112(f) which I bet you thought was intended to define the scope of means-plus-function claim elements. I bet you forgot that it requires the specification to contain “structure, material or acts.” Do the Lilly authors really think that Congress had patent-eligibility in mind when this section was drafted? You betcha!

If this brief does nothing but shed light on the dangers of using s. 101 as an increasingly fine filter to limit patentable subject matter, it should be read by all, not just the Federal Circuit judges. Since “comparing” two DNA sequences can be carried out mentally, I don’t need to ask what the Lilly authors would think of claim 2 of the ‘857 patent, but the “loss” of this claim is the most painful “cut” in the Myriad decision. It is a method for diagnosing a predisposition for breast cancer by comparing the sequence of the BRCA2 gene in a tissue sample of a subject with the wild-type sequence,  wherein an alteration in the subject’s sequence “indicates a predisposition to said cancer.” In other words, claim 2 is an “If (a), then (b)” claim. Justice Breyer does not have to wait to see his “Metabolite dissent” become the law. What he called a natural law surrounded by conventional procedures, the Fed. Cir. called an “abstract idea” a la Bilski. Well, you say potato, I say, “good-bye method of diagnosis” claims.