Posted on September 10, 2012 by Warren Woessner 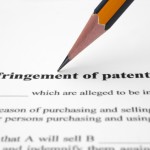 The claims at issue were both multi-step method claims.  McKesson’s patent claimed a software application that it argued Epic indirectly infringed when it caused patients to initiate communications providing “My Chart” healthcare information to which the providers would respond. Epic did not perform any of the claimed steps. I won’t discuss the Akami facts, since they are less closely related to life sciences.

The court answered “Yes” to both questions:

The court expressly overruled BMC Resources, Inc. v Paymentech, L.P., 498 F.3d 1373 (Fed. Cir. 2007) that had held that, in order for a party to be liable for induced infringement, some other single entity must be liable for direct infringement – e.g., must be directed or controlled in some cases by the inducer, or even be the inducer’s legal “agent.” Under Akami/McKesson : “It is enough that the inducer ’cause[s], urge[s], encourage[s] or aid[s]’ the infringing conduct and that the induced conduct is carried out.” Slip op. at 15. But remember, the level of encouragement must still rise to the level of specific intent that infringement occur. Slip. op. at 14.

After thirty plus pages of analysis of legislative history and analogous legal doctrines, the court states:

“At the end of the day, we are persuaded that Congress did not intend to create a regime in which parties could knowingly sidestep infringement liability simply by arranging to divide the steps of a method claim between them.” Slip op. at 35.

This decision will surely lead to a cert. petition by the defendants and, since I have not read the many pages of dissent, I am not going to try to predict the ultimate outcome. However, if diagnostic method claims of some sort are still patent-eligible, this decision would seem to increase their value.

A method claim could recite the steps necessary to arrive at a diagnosis, providing the diagnosis to the patient or his/her internist and beginning the course of treatment by a specialist, and still be infringed by a third party who labels the [off-patent]diagnostic agent in a way that informs the internist to order the diagnostic test using it, tell the patient the results and refer the patient for treatment. The third party may have received the necessary approvals for its version – or copy – of the agent, but not carry out a single step of the patent claim.

Consider that the brevity of the Prometheus and the Myriad method claims certainly contributed to their “downfall.” Akami/McKesson gives practitioners a license, if not to “kill” infringers, at least to search for that intangible “more” that will show the courts the “hand of man” at work converting those pesky natural phenomena and abstract ideas into claimable solutions for real world healthcare crises.