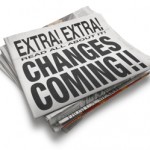 The claims were directed to an improved method to diagnose Down’s syndrome by measuring known biomarkers and/or ultrasound data taken during both the first and the second trimester of pregnancy, and then subjecting the data to multivariate analysis based on reference parameters to determine the odds that the fetus has Down’s syndrome. The method was “improved” because some markers are more predictive at different stages of pregnancy.

I say “and/or” because it is not always easy to tell which decision is the dominant precedent. This is because the Myriad panel held claims to comparing a patient’s DNA sequence with a reference sequence, to identify patients with a propensity to develop breast cancer, patent-ineligible as an attempt to patent an “abstract idea.” However in Mayo v. Prometheus, the Supreme Court held that claims directed to determining if a dose of an immunosuppressant drug given to a patient was too high or too low, patent-ineligible as a failed attempt to patent a natural phenomenon.

On page 10 of the slip opinion, the panel states that “[t]he stricken claims [in Myriad] are indistinguishable from those before us.” … The [Myriad] claims were not over an application of the mental process of comparing. ‘Rather, the step of comparing two DNA sequences [was] the entire process that [was] claimed.’ 689 F.3d at 1335.” (Note that this statement is only true if the diagnostic conclusion reached in one of the disputed claims is completely ignored – but I digress.) However, by pages 11-13 of the slip opinion, the panel extracts at least part of its rationale from the Mayo v. Prometheus decision: “As the Court in Mayo reasoned, anyone who wants to use this mental step or natural law must follow the claimed process.”

But which prohibition is in play here. Apparently both of them, since the panel concludes: “Because the asserted claims recite an ineligible mental step and natural law, and no aspect of the method converts these ineligible concepts into patentable applications of those concepts, the claims cannot stand.”

What “aspect”? The panel also put a lot of emphasis on the fact that, like the claims in Myriad and Mayo, in the Intema claims “data are compared to known statistical information. No action beyond the comparison is required.” Slip op. at 11. “[A]s in Mayo, there is no requirement that a doctor act on the calculated risk.”…”Here no ‘further act’ moves the recited concepts to a specific application.” Slip op. at 13.

Apart from what that action or application might be in this case (amniocentesis?), the panel seems to be edging toward a definition of what is sufficient “to transform an unpatentable law of nature into a patent-eligible application of such a law.” 132 S. Ct. at 1299. The panel is trying to understand how the Mayo Court distinguished Diamond v. Diehr, 450 US 175 (1981): “The key distinction, which bears on our decision today, is between claims that recite ineligible subject matter, and no more, and claims that recite specific inventive applications of the subject matter [citing Diehr]. The panel says that in Mayo, the Court explained “that the claims in Diehr were patent-eligible ‘because of the way the additional steps of the process integrated the [ineligible] equations into the process as a whole,'” and the panel concludes that the Diehr court “nowhere suggested that all these steps, or at least the combination of those steps, where in context obvious, already in use or purely conventional.” Slip op. at 10.

Go back and read Diehr. The algorithm functioned in the context of curing shaped rubber widgets, and caused the heated mold to open when the widgets were optimally cured. Apart from the algorithm, I can’t imagine that the molding process was anything but conventional.

However, this decision makes it clear that the step of drawing a diagnostic conclusion – the purpose of the method – is to be given no weight as a specific inventive application of a natural law in the patent-eligibility analysis. It is not an “inventive concept” to use a term from Mayo, but an “ineligible concept.” Slip op. at 7. Therefore, we practitioners are tasked with the nearly impossible burden of claiming two inventions or discoveries in one claim – the first is based on the underlying discovery of a correlation that permits a diagnosis to be drawn, and the second is some as-yet undefined “action” akin to opening the heated mold in Diehr and taking out the cured widget. But would the doctor’s adjusting the dose in Mayo, or suggesting breast removal in Myriad or ordering an amnio in this case be conventional medical activity?

This is the first decision in which the Fed. Cir. invalidated claims that recited correlating levels of specific biomarkers to the presence or absence of a specific medical condition (Down’s syndrome). See, e.g., claims 8-9 of the patent in suit. You can bet that it won’t be the last.

How would the Fed. Cir. rule if the inventor had discovered the biomarker and then claimed its use to diagnose a specific pathology? I was raised to believe that post-Durden, any use, even an obvious one, of a patentable compound was itself patentable. The times they are a-changin’.