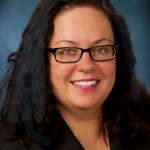 One issue was whether there was a genuine issue of material fact as to whether Brilliant infringed the ‘671 and the ‘649 patents under the doctrine of equivalents.  The particular claim limitation at issue recited in claim 1 of the ‘671  patent: “wherein said shunt and said capacitor are operatively disposed in parallel with respect to said first current circuit.”

The court stated that vitiation can most clearly be applied when the accused device contains elements that are polar opposites of the device it is accused of infringing.  As further stated by the court, the vitiation test cannot be satisfied by simply noting that an element is missing, because the doctrine of equivalents recognizes that the missing element could be supplied by an equivalent substitute.  The court was not convinced by Brilliant’s vitiation argument, and the court found that the expert witness, Dr. West, applied the function-way-result test in such a way to show that there was a genuine issue of material fact.  Accordingly, the court reversed and remanded.

The dissent stated that doctrine of equivalents test must be applied to individual limitations of the claim, not the invention as a whole.  Mirror Worlds, LLC v. Apple Inc., 692 F.3d 1351, 1357 (Fed. Cir. 2012).  The dissent noted that this guidance flows from the concept of vitiation, which requires a determination of whether there is a substantial difference or a difference in kind between each individual limitation and the accused product.  The dissent stated that the expert witness’s testimony applied to the device as a whole rather than each individual limitation and that this was inconsistent with previous case law.  Also, according to the dissent, the expert witness did not explain why the difference between the claimed invention and the accused device was insubstantial or how the function-way-result test was satisfied as to the limitation at issue.