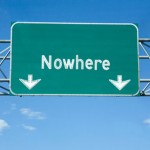 On March 4, 2014, Andrew Hirschfield, the Deputy Commissioner For Patent Examination Policy, released a “Memorandum” entitled “Guidance for Subject Matter Eligibility Analysis Of Claims Reciting Or Involving Laws of Nature/Natural Principles, Natural Phenomena, And/Or Natural Products” in view of the Myriad and Mayo (“Prometheus”) Decisions. (A copy is available at the end of this post.) The Guidance is intended to “assist examiners in determining whether a claim reflects a significant difference from what exists in nature and thus is [101] eligible, or whether a claim is effectively drawn to something that is naturally occurring, like the claims found ineligible by the Supreme Court in Myriad.” The Guidelines include a number of examples, including the analysis that is to be followed in deciding if they meet or do not meet the exceptions to s. 101.

The Guidelines do not apply to the examination of claims reciting an abstract idea, which are to be analyzed using MPEP c. 2106(I). However, the examples in these Guidelines include the analysis that Judge Lourie applied to conclude that claim 1 of the Myriad ‘857 patent was patent-ineligible as an abstract idea. Interestingly, these Guidelines do not include an analysis of claim 2 of the ‘857 patent which was directed to a method for diagnosing a predisposition to develop cancer by comparing the sequence of a subject’s BRACA1 DNA to a reference sequence and determining if there were alterations in the subject’s DNA sequence. The Office seems to want to ignore not only that “comparing and concluding claim” but also do not provide an analysis of any simple “If marker A, the disorder B” claim, such as the claim analyzed, and found wanting by Justice Breyer in the “Metabolite Dissent.” (Judge Rader’s criticism of that “dissent” is reproduced in my recent post noting the 5th birthday of this blog.)

The Guidelines are anchored throughout by the Office’s decision to require that claims of any class that recite or involve laws of nature/natural phenomena and/or natural products (the “judicial exceptions’), considered as a whole, must not just be a product of “human ingenuity” but also must be “markedly different” or “significantly different than the judicial exceptions.” The remainder of the Guidelines are devoted to trying to define this requirement – how should the practitioner draft a claim that is “markedly different” or “significantly different” enough? The catalyst for importing these requirements – which I assume are meant to be equivalent – is surely Judge Moore’s concurrence in the Fed. Cir. Myriad panel decisions. As she wrote:

“In Chakrabarty, the intervention of man resulted in bacteria with ‘markedly different characteristics’ from nature and ‘the potential for significant utility’ resulting in patentable subject matter.”
Citing 447 U.S. at 310.

“Funk Brothers indicates that an invention which ‘serve[s] the ends nature originally provided’ is likely unpatentable subject matter, but an invention that is an enlargement of the range of…utility as compared to nature may be patentable.”

Both the new guidelines and Judge Moore’s concurrence struggle to fit Prometheus into this analytical framework. Judge Moore wrote:

“As the Prometheus court explained: ‘If a law of nature is not patentable, then neither is a process reciting a law of nature, unless that process has additional features that provide practical assurance that the process is more than a drafting effort designed to monopolize the law of nature itself.’”
Citing 132 S. Ct. at 1297.

Judge Moore then equates the “additional features” required in a process claim to the “markedly different characteristics with the potential for significant utility” required by Chakrabarty and Funk Bros. to qualify a claim to a composition of matter.

Judge Moore found these qualifying characteristics in cDNA and is short stretches of genomic DNA that could be used as probes or primers (whereas a full length BRCA gene could not be so used, even if “isolated.” Of course the Supreme Court agreed regarding cDNA, and both Judge Moore and the Guidelines agree that the word “isolated” is not enough per se to confer patent eligibility on natural products of any type. More on that aspect of the Guidelines later.

The Guidelines set out three questions to resolve the subject matter eligibility of any claim:

(1) Is the claim directed to one of the four statutory patent-eligible subject matter categories: process, machine, manufacture or composition of matter?
(2) Does the claim recite or involve one or more judicial exceptions? These are laws of nature/natural principles, natural phenomena and natural products? (A footnote explains that judicial exceptions falling within these categories include mental processes, systems that depend on human intelligence alone, and disembodied algorithms and formulas inter alia.) and
(3) Does the claim as a whole recite something significantly different that the judicial exception(s)?

But there’s more! The Guidelines go on to set forth twelve factors, analogized to the Wands factors for enablement. Six are said to weigh toward eligibility and six are said to weigh against eligibility. There is neither space nor time to discuss all of the factors, which are generally paraphrased from the case law. The PTO might as well have included case citations – even the machine or transformation test appears as step (e). Complete preemption of the judicial exception (the natural law) is in both steps (b) and (h) – worded so as to weigh for, then against, patent eligibility. Factors (c) and (k) do the same job on extra-solution steps. If you think that the Wands factors overlap, these factors are a new high water mark of conflation.

Since I have a particular interest in the future of claims to diagnostic methods, I eagerly scanned the Examples of Part (III). Example A summarizes the Chakrabarty decision, Example D summarizes Funk Bros., and Example E(2) summarizes PCR as if these decisions/inventions were unfamiliar to both examiners and practitioners. Example B(1) would shock Judge Moore, who noted that claims to isolated natural products had been allowed for years, based on the principle that isolation/purification changes them from what exists in the jungle of nature. Although the Supreme Court did not purport to address the patent-eligibility of purified natural products, the Guidelines have no problem extrapolating from the Myriad decision to a new policy that would deny patentability of an isolated natural product that has anti-cancer activity. Read it and weep. Judge Moore would also feel let down by Example E(1) in which a claim to a pair of primers of defined sequence is labeled patent-ineligible, since in Myriad she felt that such gene fragments were markedly different and more useful that the isolated full-length gene.

Example F is a claim to a diagnostic method for a degenerative disease X whereby a (bad) misfolded protein is detected using an antibody that binds to bad protein but not to “normal protein” and leads to a diagnostic conclusion. The explication tells us that “the correlation between the presence of misfolded protein ABC in blood and disease X is a natural principle,” while blood and the marker are both natural products. This does not bode well for the patent-eligibility of this claim – and completely ignores Judge Rader’s analysis in his Bilski dissent, that applying such a correlation to reach a diagnostic conclusion is the result of human ingenuity – but all is not lost. We are told that the antibody does not exist in nature and was “newly created” by the inventors. Now the claim has “something significantly different than the natural principle” and is a “practical application of the natural principle.”

This example makes it pretty clear how examiners are supposed to rule on “If marker A, then disease B” diagnostic claims, and it doesn’t look good. Perhaps if the inventor discovers the marker, any practical use will still be patentable (that is the law after all), but “simply” discovering that a high level of a known marker correlates to particular diagnosis may not be enough now, even if the condition is one for which there has been a long-felt need for a diagnostic method – like Alzheimer’s disease or ALS. According to the PTO, this is where Prometheus has left us, and this highway to nowhere is running out of escape routes.