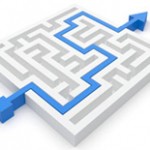 On March 19th, the USPTO released 93 slides as training materials to help Examiners navigate the lengthy ”Guidelines for Subject Matter Eligibility Analysis of Claims Reciting or Involving Laws of Nature,” et al. (A copy of the slides is available at the end of this post.) Although multiple law review articles and blog posts will surely be written about various features of these Guidelines and Training Materials, I would like to focus, fairly briefly I hope, on the two most ambitious, and egregious aspects of these materials.

The first is the unprecedented (literally) expansion of the definition of “natural product” to require that the claimed natural product must be structurally different from the product as it occurs in its natural source, and not simply be functionally changed or improved. See, e.g., slides 48-56. This heightened patent-eligibility requirement appears to have been extracted from Chakrabarty, which described the altered bacterium as having “markedly different characteristics from any found in nature, and one having the potential for significant utility.” However, I don’t see any requirement that the new bacterium be markedly structurally different than its naturally occurring cousins. In Myriad, the isolated genomic DNA was unquestionably structurally different, but the Court based its holding on its opinion that its primary data storing and transmitting properties were unchanged. The Court minimized the import of the structural changes: “Myriad’s claims…[do not] rely in any way on the chemical changes that result from the isolation of a particular section of DNA.”

The Training Materials effectively instruct Examiners to ignore the great weight given to the purification In re Bergy, 596 F.2d 952 (CCPA 1979)(“In summary, soil contains a complex jungle of microorganisms. It is only by the discovery and skills of the microbiologist that biologically pure cultures of microorganisms come into existence.”) There was no consideration given to whether or not the cultures were structurally modified by their isolation; the important fact was that they produced lincomycin, whereas the soil source from which they were obtained “could not be used to produce a desired product under any known fermentation conditions.”

Even if you accept Judge Lourie’s position that Bergy is non-precedential, In re Bergstrom, 427 F.2d 1394 (CCPA 1970), the CCPA found that a purified prostaglandin met the novelty requirement of s.101. The Board stated that “The consistent principle, and the one which we follow, is that a claim to a purified material cannot be allowed unless the purified material exhibits properties and utilities not possessed by the unpurified materials.” The CCPA agreed, but held that this was an issue to be resolved during the s.103 analysis, and that the purified prostaglandins were “new” as required by s.101. Their “before” and “after” structures were found to be identical.

I have combed the much-cited Funk Bros. decision for the basis for a requirement that a purified compound or composition of matter exhibit markedly different structural properties over the naturally-occurring impure forms and there is very little to go on. The claim was to a mixture of mutually noninhibitive strains of different species of bacteria that could fix nitrogen in different legumes. Useful strains were known, and the “invention” was the discovery that certain strains could be mixed without inhibiting each other. The Court found that once the noninhibitive quality of certain strains of bacteria was discovered, “the state of the art made the production of a mixed inoculant a simple step.”

This lack of clarity has led some commentators to argue that this decision was based on lack of invention (e.g., later 103) rather than on a failure of the claimed invention to fall within s.101. Nonetheless, no one argued that the strains were functionally, much less structurally, altered by admixture. The Court did state: “The combination of species produces no new bacteria, no change in the six species of bacteria, and no enlargement in the range of their utility.” I think that a demonstrated “enlargement [or improvement] in their range of utility” would have led to a different outcome per se, without the need to also demonstrate that “new bacteria” were produced by the combination, whatever that would have been taken to mean in 1948. (The quote in the Training Materials is not from the decision.)

The second egregious doctrinal expansion by the USPTO is the acceptance by the Training Materials that a diagnostic procedure based on a correlation between a biomarker (e.g., homocysteine, PSA or sugar in a subject’s blood) with a condition or disease is not patent-eligible unless the claim recites “element or steps” in addition to the judicial exception(s) that add “significantly more” to the judicial exceptions. In other words, the simple “If [marker] a, then [condition] b” claim is simply a patent-ineligible law of nature, without something more. The Guidelines give as examples of claims reciting or involving a law of nature: “Diagnosing a condition based on a naturally occurring correlation of levels of a substance produced in the body when a condition is present” and “Identifying a disease using a naturally occurring relationship between the presence of a substance in the body and incidence of disease.” The relationship between blood glucose levels and diabetes” in given as a law of nature. See slides 20-21.

Even given lines of “bad language” in Prometheus (“Mayo”), I don’t think that the Training Materials had to go so far beyond the facts of Mayo. (Both Mayo and Intema claims are partially analyzed as suspect as involving a law of nature. Slides 21-22.) Intema is the worst of the two decisions, but it is non-precedential. The Mayo decision is oddly ambiguous when the question of diagnostic claims was briefly considered, Justice Breyer stating that there are contrasting views on this type of invention and on methods of medical treatment. But if Mayo did not resolve the question raised by Justice Breyer in the “Metabolite Dissent,” then what question did it address?

The Prometheus claim was not called a method of diagnosis by the Court, and does not recite that a diagnostic conclusion was reached. The suspect correlation was between the levels of the drug metabolite and the likelihood that the drug would be ineffective or would harm the patient. The Court stated that the relationship between the drug and its metabolites, and their effects was generally known to the art. Therefore, these claims could be fairly classified as the “old use of an old product”(my term).  The Court stated that the patent claims did not add enough to their statement of the correlation to allow the processes they describe to qualify as patent-eligible processes that apply natural laws. The key element(s) of the claim are the “wherein” clauses (wherein a level of X indicate a need to decrease/increase the dose). The wherein clauses “simply tell a doctor about the relevant natural laws, at most adding a suggestion that he should take those laws into account when treating his patient.”

The possible viability of this approach is at least hinted at in Mayo: “[The claims] tell a treating doctor to measure metabolite levels and to consider the resulting measurements in light of the statistical relationships they describe. In doing so, they tie up the doctor’s subsequent treatment decision whether that treatment does, or does not, change in light of the inference he has drawn using the correlations.” But a claim that arrives at a specific diagnosis after correlating the concentration of a marker to the likelihood of a pathology simply does not implicate these concerns. It is now our task to convince the courts, the Office and the legislators that arriving at a diagnostic conclusion is indeed sufficient “to transform unpatentable natural correlations [relationships] into patentable applications of those regularities.” Mayo, slip op. at 11.

Mayo, Myriad, Intema and the PTO Guidelines have cast my colleagues and my clients into the legal Slough of Despond, and that’s before bringing up Alice Bank. It is up to us to play the long game and slog though and past it. Say it with me: “A purified chemical need not be markedly different structurally from its natural state to be patent-eligible!” and “A diagnostic conclusion based on correlating a natural relationship is part of the solution, not part of the problem!”

Note: The next meeting of the U.S. Patent and Trademark Office Biotechnology and Chemical Pharmaceutical Customer Partnership is scheduled for Wednesday, April 16, 2014 from 9:00 am to 4:00 pm at Auditorium in Madison Building, 600 Dulany Street, Alexandria, Virginia.  More information can be found in the document at the end of this post.