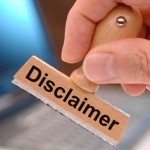 In this decision—No. 2014-1396 (Fed. Cir., Feb. 18, 2015)—the court affirmed a grant of summary judgment (a copy can be found at the end of this post) that Garmin’s exercise products do not infringe the claims of Pacing’s US Pat. No. 8,101,843. The court reviewed the case de novo because the district court had relied entirely on the intrinsic evidence. The claims were directing to a systems comprising  “playback devices” that the judge ruled do not play target tempo or pace information as “audio, video or visible signals,” e.g., while the user is running.

The panel affirmed that the preamble should be given weight as a claim limitation because:

“[w]hen limitations in the body of the claim rely upon and derive antecedent basis from the preamble, then the preamble may act as a necessary component of the claimed invention.” Eaton Corp. v. Rockwell International Corp., 323 F.3d 1332 (Fed. Cir. 2003).

In construing the pacing system terminology in light of the intrinsic evidence, the panel spoke clearly about the legal standards that compel departure from the plain meaning of the claims: lexicography (e.g., definitions) and disavowal (also referred to as disclaimer). “Disavowal requires that the specification or prosecution history make it clear that the invention does not include a particular feature.”

The court went on to identify five or six examples of disavowal or disclaimer that you should tuck away for the next time you need to do a “[non]infringement opinion.” I think that, for whatever reason, putative infringers have been arguing “D/D” more often recently, and that they seldom prevail. I won’t run through all the factors here, but Garmin prevailed when the court agreed that a collective description of the objects of the invention – a technique used by many prosecutors, I fear – must be read as including all the objects of the invention. The language that doomed the plaintiff in this case was that:

“’[t]hose [listed 19 objects] and other objects and features of the invention are accomplished, as embodied and fully described herein, by a repetitive motion pacing system that includes…a data storage and playback device adapted to producing the sensible tempo.’  With these words, the patentee does not describe yet another object of the invention—he alerts the reader that the invention accomplishes all of its objects and features (the enumerated 19 and all others)…. In the context of this patent, this clearly and unmistakably limits ‘the present invention’ to a repetitive motion pacing system having a data storage and playback device that is adapted to producing a sensible tempo.” Slip op. at 8.