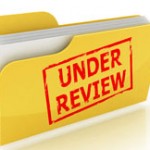 In In re: Cuozzo Speed Technologies, LLC, Appeal No. 2014-1301 (Fed. Cir. July 8, 2015, decision by Dyk), the Federal Circuit decided not to review the Patent Trial and Appeal Board (the “Board”) practice of construing patents under the broadest reasonable interpretation (BRI) standard.

The Board applied a BRI standard and construed the term “integrally attached” as meaning “discrete parts physically joined together as a unit without each part losing its own separate identity.” and found that claims 10, 14, and 17 were unpatentable as obvious under 35 U.S.C. § 103 (1). On appeal, Cuozzo argued that the Board erred in finding the claims obvious, arguing that the Board should not have applied the BRI standard in claim construction. Cuozzo argued that the PTO lacked authority to promulgate 37 C.F.R. §42.100(b), which provides that “[a]claim in an unexpired patent shall be given its broadest reasonable construction in light of the specification of the patent in which it appears.” 37 C.F.R. §421.100(b).

BRI has always been applied during PTO proceedings and, according to the majority in In re Cuozzo, there was no indication that the AIA was designed to change the claim construction standard that the PTO has always applied. In re Cuozzo Speed Techs., LLC, at 13. As stated by the majority, Congress is presumed to legislate against “the background of the kind of longstanding, consistent existing law that is present here.” Id. By “here” the Federal Circuit was referring to the fact that BRI has been used at the PTO for at least the past 100 years. Accordingly, Congress knew when enacting AIA that the broadest reasonable interpretation standard was the prevailing rule. See 157 Cong. Rec. S1375 (daily ed. Mar. 8, 2011) (statement of Sen. Kyl).

Cuozzo argued that judicial or congressional approval of the BRI standard for other PTO proceedings was irrelevant with respect to IPRs due to the limited availability of amendments in IPRs. Id., at 14. (Cuozzo had also attempted to provide amended claims during IPR proceedings, as discussed in more detail in my paper). However, while acknowledging that claim amendments are limited in IPR proceedings, the majority stated that amendments are still available, and therefore the same BRI standard should apply as in proceedings for which amendments are unlimited. Id. Further, as noted by the majority, the only grounds given for rejecting Cuozzo’s claim amendments was that the amendments improperly broadened the claims, and a bar on post-issuance broadening has long been part of pre-IPR processes (e.g., reissue, reexamination) for which BRI has always been approved. Accordingly, the majority thought there was no clear error in applying BRI to Cuozzo’s claims either.

Some parties believe use of BRI in IPR proceedings leads to unfair results, but I do not agree. On the one hand, using a standard other than BRI (i.e., the Phillips construction used in litigation) would create inconsistencies with other PTO proceedings (e.g., patent prosecution). So, if the same patent or another patent in the family goes back to prosecution, or to a reissue proceeding, but the patent was interpreted under a Phillips construction during the IPR, who is to say what the result will be in the later PTO proceedings? Such uncertainty can work against patent owners.

Some would argue that if it is practically impossible to amend during IPR (whereas amendments are freely permitted during prosecution) and therefore the interpretation standard should be different than it would be during prosecution. However, as noted above, the substitute claims can’t be broader in scope anyway, so perhaps usage of BRI is not that big of a deal and would not matter to the final result as to whether the disputed claims are obvious or not. The Federal Circuit did acknowledge that other challenges could be brought against other restrictions on amendment opportunities (i.e., other than the broadening amendments proposed by Cuozzo) as incompatible with using the broadest reasonable interpretation standard, but as that was not the case here, the Federal Circuit found no error in the use of BRI in this case. In the meantime, therefore, it will be interesting to see if there are other Federal Circuit decisions that hold on the use of BRI in IPR proceedings, in deciding obviousness or anticipation of claims that are amended during IPR proceedings and that do not broaden the original claims.

Please see my recent article that goes into great detail regarding claim construction and claim amendment practice under various PTO proceedings, and the issues and controversies that can arise as a result.