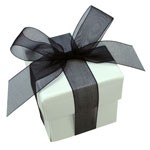 PatentlyO recently posted a nearly final draft of a paper writer by Professor Rebecca Eisenberg that will be published in the Journal of Science and Technology Law (note to author – fix fn 23). (A copy can be found at the end of this post.) She and I have been on the opposite side of issues such as patents for genes at various times, but she nails the purposeful and logically unsupportable rationales of the Fed. Cir. and the Supreme Court that she believes have already ended patent-eligibility for claims directed to diagnostic methods. While I have argued that, even post-Ambry and Ariosa, there should be room for focused claims to diagnostic methods based on the discovery of naturally-occurring correlations, this paper suggests that “It ain’t over ’til it’s over” is hopelessly optimistic.

In some of my earliest posts, pre-Myriad and pre-Prometheus (“Mayo”), I argued that the Metabolites Labs. dissent by Justices Breyer, Stevens and Souter conflated the in vivo existence of cobalamin and homocysteine in the blood with the human act of correlating an elevated level of one with a deficiency of the other. On April 27, 2009, I wrote:

“Justice Breyer, I respectfully submit that nature may contain [the basis for] correlations but it does not analyze, much less correlate, anything. Nature doesn’t care if your homocysteine level is low or high and what consequences may befall you if it is too high or low. Just as nature doesn’t care what your PSA level is, even though it is certainly a natural phenomenon that men have PSA in their blood. But a claim: ‘Human blood containing PSA’ does not anticipate a claim to a method of detecting prostate cancer by assaying blood for PSA and correlating an elevated PSA level to the presence of prostate cancer. Good thing those patents have expired; they yielded workable life-saving test before they expired.”

About six years later, Professor Eisenberg does a much more thorough analysis of what she feels is the rationale behind the “Metabolite Labs. Dissent”:

“It is worth pausing to consider just why the dissenters thought that the recited correlation between elevated levels of homocysteine and vitamin deficiency was a ‘natural phenomenon’ that called for the same treatment as E=mc2, the law of gravity, and the heat of the sun…..Perhaps they meant the correlation between homocysteine and  vitamin levels is an inherent regularity that exists apart from any human intervention…..But this framing ignores the (unnatural) technology of medical diagnosis that is necessary to give meaning to the claim. The claim language requires not only the observation of biomarker levels in a patient, but also the characterization of certain levels as elevated or deficient. Nature does not specify when homocysteine levels are elevated and when vitamin levels are deficient. These diagnostic conclusions reflect human judgments about the difference between sickness and health that are not inherent in nature [note my use of the word “anticipate” above]. They are human constructs that belong to the applied technology of medical diagnosis. In Justice Breyer’s paraphrase, ‘the process is no more than an instruction to read some number in light of medical knowledge.’ But the ‘medical knowledge’ embedded in the claim is a technological filter that identifies which numbers to consider, and specifies when those number call for medical attention.”

Professor Eisenberg proceeds to dissect the Court’s opinion in Mayo and demonstrates how the Metabolite Labs. rationale was applied to much narrower claims. She writes:

“The biomarkers [the metabolite levels] that are observed in the Mayo claim are formed because of medical intervention that does not occur in nature….nature does not administer thiopurine drugs to patients with immune-mediated gastrointestinal disorders, nor does nature monitor the effects to determine the proper dosage for a particular patient. The claimed process…does not merely observe nature, but explicitly guides doctors on how to adjust the course of treatment in order to keep the effects within specified limits. These limits are not set by nature, but reflect human judgments about how to trade off the misery of [the disorder] against the misery of thiopurine side effects. This technological choice reflects human preferences that are not inherent in nature.”

You may feel that you have heard all this before, but Eisenberg’s conclusions are refreshingly blunt:

“If all inventions make use of natural phenomena, laws of nature, and abstract ideas, it might seem that the real work of distinguishing patentable applications form unpatentable ‘laws of nature’ must occur at step two of the [Mayo test – “inventive concept”]. But a close reading of [Mayo] suggests the opposite: one must understand the scope of the exclusions at step one in order to figure out what is left in the claims that might be sufficient to confer patent eligibility. In the case of diagnostic methods, the Court’s broad understanding of what belongs in the category of ‘natural laws’ prevents the Court from recognizing diagnosis as a form of applied technology at all….because the Court sees the diagnostic inference recited in the claim as a natural law, it fails to recognize that the claim recites a very specific diagnostic application.”

There is much more to this article. Prof. Eisenberg notes the continued reliance of the Fed. Cir. on the “abstract ideas” exclusion, now validated by Alice, but concludes that the outcome of either analysis will be the same. Interestingly, she spends some pages comparing the BRACA1 drug screening claim, found patent-eligible due to its use of transgenic cells, with the “method of optimizing therapeutic efficacy” claim in Mayo. Her close reading finds the claims more alike than different, and she wonders how the drug screening claim would have fared at the Supreme Court. Before the obligatory “Policy Implications” section, Eisenberg ties it all up with a very dark bow:

“Whether the courts talk about laws of nature versus applications of those laws, or natural products versus man-made materials, or abstract ideas versus physically transformative processes, or mental steps versus tangible applications, the result is remarkable consistent: diagnostic applications do not count as patent-eligible subject matter.”

I have little to add to this except to state, “I hope that she is wrong.” And I will try to explain “why” at the BIO Diagnostics Forum in September.