Posted on October 9, 2018 by Warren Woessner 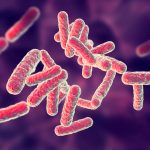 Anyone familiar with the fate of claims to primers used in PCR, to amplify a stretch of target DNA in order to determine whether or not a significant mutation is present, could write the opinion in this appeal (No. 2017-1690 (Fed. Cir., October 9, 2018)). The target gene in this case was the M. tuberculosis (“MTB”) gene, rboB. The presence of this gene is diagnostic for MTB and the presence of certain single site mutations indicate that the MTB strain is rifamycin resistant.

The claims in question in U.S. Patent No. 5643723 [Eds. Note: I wrote and prosecuted this patent.], were directed to small genus of specific primers and to a diagnostic assay using PCR to detect the presence or absence of identified “signature nucleotides” in the rboB gene in a patient’s DNA sample. If you want to skip to the most interesting part of this post, you can skip the next six paragraph’s and start with my comments on Judge O’Malley’s concurring opinion.

From this dreary starting point, the affirmation of the district court’s grant of S.J. of invalidity under s. 101 was inevitable. Judge Reyna (writing) relied on In re BRCA1 – & BRCA2 – Based Hereditary Cancer Test Patent Lit., 774 F.3d 755 (Fed. Cir. 2014) (“BRCA 1”) and, of course, on Myriad, 569 US 576 (2013), summarizing pages of Mayo/Alice analysis by stating that “Those primers ‘are not distinguishable from the isolated DNA found patent ineligible in Myriad’ and thus are not patent eligible” (citing BRCA1). The panel then rejected Roche’s argument that primers are “chemically and structurally distinct from any nucleic acid that occurs in nature or that can be isolated from naturally occurring DNA.”

The facts supporting this argument were dismissed, essentially because they were rejected in the BRCA1 decision, including the fact that the claimed primers have a 3-end and a 3-prime hydroxyl group not present in naturally-occurring DNA: “Thus, except for the nucleotide sequences, the primers before us are not chemically or structurally different from the primer that we held patent ineligible in BRCA1.’’ The structural difference between the circular chromosome present in MTB and the linear nature of human DNA were dismissed as irrelevant. The conclusion that the primer claims are directed to a natural phenomenon inevitably followed.

The court noted that Roche’s argument that its claimed primers can only hybridize to one of eleven position specific signature nucleotides transformed the primers into patent eligible subject matter dismissed “because a primer having an identical nucleotide sequence to naturally occurring DNA without further chemical modification is a natural phenomenon [period]…. In other words, Roche identified these pre-existing position-specific signature nucleotides, it did not create them.” Citing Ariosa in which the court concluded that identification of a new source of cffDNA was no more than a discovery of, a naturally occurring molecule, the court concluded: “The primer claims are not patent-eligible because they can be found in nature, not because they are not valuable scientific discoveries.” Slip. op. at 13-14.

The method claims were characterized as a diagnostic test containing two steps: the amplification step and the determination of the presence of MTB based on the presence or absence of the PCR amplification product. As to step 1, the court simply stated that the amplification step employs primers that are indistinguishable from their corresponding naturally occurring segments of DNA. The detecting step was dismissed as a mental determination. [Eds. Note: When did this become a judicial exception?] Back on the correlation track, the court stated: “The relationship between the signature nucleotides [that are naturally occurring] and MTB is a phenomenon that exists in nature apart from any human action, meaning the method claims are directed to a natural phenomenon, which itself is ineligible for patenting.”

Following step 2 of the Mayo/Alice analysis, the court found nothing inventive about the PCR step and that the “detecting step is similarly devoid of an inventive concept because it involves a simple mental determination of the presence of MTB based on the presence of absence of a PCR amplification product.” [Eds. Note: Why can’t this be the inventive concept?”] Roche essentially argued this point: “[T]hat to use its primers to detect MTB ‘is no less an inventive act than to make a specific artificial drug that is effective to treat an MTB infection.”’ The court dismissed this argument as not involving ‘” a significantly new function for the primers.”’

Judge O’Malley filed a ten-page concurrence that argued that the claimed primers were markedly different that anything occurring in nature, and so met Chakrabarty’s criterion for patent eligible subject matter. Put another was, he argued that the BRCA1 decision forced her to concur: “Specifically I believe that our holding there was unduly broad for two reasons: (1) the question raised in BRCA1 was narrower than our holding in that case; and (2) our interpretation of the nature and function of DNA primers lacked the benefit of certain arguments and evidence that the patent owner present in this case.”

As to point 1, O’Malley noted that the question in the BRCA1 appeal was whether or not the district court had abused its discretion in denying the patent owner a preliminary injunction. The district court had specifically stated that it had not resolved the s. 101 issue since the record was necessarily incomplete. O’Malley noted that “[w]e affirmed by expressly concluding that the primer claims were directed to patent-ineligible subject matter. 774 F.3d at 757.” The Judge noted that in the present case, the question before the district court on summary judgment was the validity of the claims in view of a much more complete record.

As to point 2, O’Malley noted that the Fed. Cir. in BRCA1 had been primarily guided by the Supreme Court’s decision in Myriad, 569 US 576 (2013), where the S. Ct. concluded that the patent owner’s “principal contribution was uncovering the precise location and genetic sequence of the BRCA1 and BRCA2 genes within chromosomes 17 and 13….The Court concluded that…the isolated DNA claims were not eligible for patent protection, while the cDNA claims, which do not occur in nature, were….Critically, the Court recognized that claims are not ‘saved by the fact that isolating DNA from the human genome severs chemical bonds and thereby creates a non-naturally occurring molecule’: the ‘claims are simply not expressed in terms of chemical composition, nor do they rely in any way on the chemical changes that result from the isolation of a particular section of DNA.’”

With respect to the patent-eligible cDNA, O’Malley quoted the Court in Myriad: “[T]he lab technician unquestionably creates something new when cDNA is made…DNA is distinct from the DNA from which it was derived” because the intron sequences are removed. With regard to structural identity, O’Malley noted that the Fed. Cir.’s conclusion in BRCA1 was based on the “two facts” that “[p]rimers necessarily contain the identical sequence of the BRCA sequence directly opposite to the strand to which they are designed to bind” and that “[t]hey are structurally identical to the ends of DNA strands found in nature.”

O’Malley attacks this sort of fact-finding: “but it is not clear from the BRCA1 opinion or record why we reached this conclusion…Specifically BRACA1 concludes that primers have ‘identical sequences’ to the natural DNA strands directly opposite the strands to which they bind, but, as the record in this case reveals, a finding that the two have identical sequences does not entirely resolve the question of whether they are structurally identical because structure is not defined solely by nucleotide sequence.. Nor is it clear how primers ‘are structurally identical to the ends of DNA strands found in nature.” In other words, the fact that the isolated BRCA1 gene has an identical sequence to its genomic counterpart does not force the conclusion that a short ssDNA primer is structurally the same as the genomic ssDNA sequence to which it is designed to bind.

I won’t attempt to summarize the lengthy paragraphs in which Judge O’Malley summarizes the structural/functional differences between the claimed primers and the nature MTB rpoB gene, it is manifest that the Judge has concluded that the primer are “markedly different” from any DNA molecules “typically found in nature.” The markedly different “requirement” to avoid the natural product label is from Chakrabarty that also mentions the invention as “having potential for significant utility.” Judge O’Malley concludes;

“For these reasons, while I agree with the majority that the broad language of our holding in BRCA1 compels the conclusion that the primer claims in this case are ineligible under [s. 101], I believe that holding exceeded the confines of the issue raised on appeal and was the result of an underdeveloped record in that case. I believe accordingly, that we should revisit out conclusion in BRCA en banc.”

At the very least – and in accord with Berkheimer—this concurrence provides a road map for patentees asserting diagnostic patents using PCR to detect sites of clinic significance. And, given that this patent issued in 1997, I bet there are a myriad of such patents that deserve a second look.