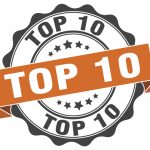 Although this list will reach most the readers of Patents4Life after 2019 begins, 2018 deserves some attention even if it has the feel of “those we lost in 2018” lists. Although most of my colleague-commentators have published their lists by now, I have not read any of them but rather, scanned my archives to look for patent news of note. If you want to re-read the original posts, you can look at the archives for the month my original post occurred. The comments below are notably citation-free, since I didn’t want to write a law review article to get my impressions down.

(1-3) Although this blog focuses on life sciences news, the three IP related Supreme Court decisions must be noted. In April, the Oil States Energy Services v. Greene’s Energy Group (appeal 16-712) the Court held that IPR is an appropriate exercise of power by Congress to assign adjudication of public rights, e.g., patent rights, to the PTO.

In SAS v. Iancu, also decided in April, the Court held that s. 318(a) requires that the PTAB must review all challenged patent claims. No more “partial institutions” of IPR (appeal 16-989).

In WesternGeco LLC v. Ion Geophysical Corp. (16-1011), the Court held that infringement under s. 271(f)(2) permits the recovery of foreign profits as damages for infringing acts carried out in the U.S. (June 22d).

(4-6) A lot of attention was paid to three PTO Guidance for Examiners Memorandums: The “Vanda Memorandum” (June 7th) essentially ruled that methods of medical treatment are patent-eligible subject matter (Cert. was denied in Vanda’s appeal, so we may be safe for now.) The “Berkheimer Memorandum” did not involve a life sciences patent, but directed Examiners to set forth the factual basis that the additional steps in a Mayo/Alice analysis are well-known, routine and conventional. Although not strictly a Memorandum, in a Notice of Proposed Rule Making, the PTO proposed to replace the “broadest reasonable interpretation” standard applicable to IPR, PGR and Covered Business Method Patent Review with the Phillips standard employed by the courts conducting claim interpretation.

(7) Back to s. 101 patent eligibility, Director Iancu has vowed to have the PTO read the case law so as to limit rejections based on the “judicial exception” for claims directed to “abstract ideas.” Another Memorandum has been promised, but it has been nearly impossible to limit the reach of the term. (A poet-friend proposed, “A Generalization without a [workable] example.”) Now, how about a Memorandum for products of nature or diagnostics?

(8) Roche Molecular Systems v. Cepheid. In Roche, the Fed. Cir. ruled that PCR primers are patent-ineligible natural products and that this outcome is controlled by Myriad. What about a kit containing separately-packaged primer pairs? See no.8, below.

(9) In re Bhagat and the fate of “kit claims” (or any claim to compartmentalized packaging for storage or delivery of multiple actives). It is impossible to decode the rational underlying this Fed. Cir. decision. Are kit claims compositions of matter if the active ingredients are not mixed? Are kit claims that contain natural products some form of natural phenomena? Can kit claims fail Step 2B of the Mayo/Alice test if they are novel and unobvious? Aren’t we better off if kit claims are simply viewed as “manufactures” which, by definition I would hope, are man-made and would end any additional Mayo/Alice analysis? And did Myriad overrule the “markedly different” requirement of Funk Bros.? Is Bergy II still precedential in view of Ariosa? Section 101 jurisprudence still has a long way to go.

(10) Yeda Research v. Mylan. In this Fed. Cir. opinion, the panel held that a non-prior art publication can be used to show knowledge about the invention – a dosing regimen – possessed by a POSA as of the filing date of the claims, because it can show motivation to try the patented approach to solving the problem. I remain wary of the use of non-prior art to evidence any secondary consideration, except perhaps to contradict a prior art reference that purports to show anticipation or the obviousness of the claimed invention or to support an assertion of the continuing failure of other art workers to solve the problem addressed by applicants.

Of course, this list could be twice as long (I could not expound about the apparent expansion of the inequitable conduct/unclean hands defense or the intriguing sovereign immunity litigation(s) since I am involved in ongoing litigations involving these issues.) To all my readers, Happy New Year and, if the new Congress gets interested in IP, Happy New 101!