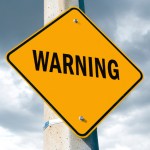 Those prosecuting patent applications before the USPTO, the EPO and other examining patent offices confront on a daily basis objections of the kind: “A is known from X, B is known from Y; there was no invention in combining A with B.” Such objections are time-consuming to counter and often seem to a prosecuting attorney and his or her client less than reasonable. A sequence of recent decisions from the CAFC provides a clear indication that objections of this kind are being made too freely and too often.

In re Arnold G. Klein decided 6th June 2011 was a unanimous opinion of Judges Newman, Schall and Linn. It concerned a jug for mixing nectar having two compartments separated by a movable divider. Sugar (presumably in granular form) could be placed in one compartment and water in the other, after which the divider could be removed and a correct mixture for hummingbirds and other specific creatures that it was intended to feed could be obtained. The USPTO Appeal Board held that the claimed subject matter lacked inventive step having regard inter alia to various primary references disclosing office drawers with movable partitions using as secondary reference admitted knowledge in the prior art of the appropriate sugar to water ratios for the creatures that it was intended to feed. The CAFC unequivocally rejected the cited primary references as analogous art on the ground that they were neither within the field of endeavour of the invention nor reasonably pertinent to the problem with which the invention was involved. In a footnote the Court rejected the proposition that the problem with which the inventor was concerned could be arbitrarily redefined to support an obviousness rejection and went on to comment that:

“We agree with Mr. Klein that the Board’s conclusory finding that Roberts, O’Connor, and Kirkman are analogous is not supported by substantial evidence. The purpose of each of Roberts, O’Connor, or Kirkman is to separate solid objects. An inventor considering the problem of “making a nectar feeder with a movable divider to prepare different ratios of sugar and water for different animals,” would not have been motivated to consider any of these references when making his invention, particularly since none of these three references shows a partitioned container that is adapted to receive water or contain it long enough to be able to prepare different ratios in the different compartments. See Clay, 966 F.2d at 659 (“If [a reference] is directed to a different purpose, the inventor would accordingly have had less motivation or occasion to consider it.”).”

Comments have been made on the Patently Obvious blog that this combination of references could only have been created using the infinite improbability drive of the Heart of Gold (the fictional star-ship in the Hitchhikers Guide to the Galaxy) and that you cannot combine a chicken and a buffalo to get buffalo wings. It is submitted that examiners should not be immune from the requirements of common sense made so clearly in KSR.

Genetics Institute v Novartis was a decision of Judges Lourie, Plager and Dyk dated 23 August in interference proceedings. On the issue of the obviousness of the disputed subject matter the CAFC provided clear warnings against arbitrarily dismissing structural differences as unimportant and within the skill of the art:

“In view of these structural differences between the proteins claimed in the ’112 and ’620 patents, the district court correctly required as part of the prima facie obviousness inquiry the identification of some reason that would have prompted a researcher to modify the prior art compounds in a particular manner to arrive at the claimed compounds. Id. at 500; see also Takeda Chem. Indus., Ltd. v. Alphapharm Pty., Ltd., 492 F.3d 1350, 1357 (Fed. Cir. 2007); In re Dillon, 919 F.2d 688, 692 (Fed. Cir. 1990) (en banc) (“[S]tructural similarity between claimed and prior art subject matter, proved by combining references or otherwise, where the prior art gives reason or motivation to make the claimed compositions, creates a prima facie case of obviousness.” (emphasis added)); In re Grabiak, 769 F.2d 729, 731-32 (Fed. Cir. 1985) (To establish prima facie obviousness, “there must be adequate support in the prior art for the . . . change in structure.”); In re Lalu, 747 F.2d 703, 705 (Fed. Cir. 1984) (“In determining whether a case of prima facie obvious- ness exists, it is necessary to ascertain whether the prior art teachings would appear to be sufficient to one of ordinary skill in the art to suggest making the claimed substitution or other modification.”). This principle was reaffirmed by the Supreme Court’s opinion in KSR International Co. v. Teleflex Inc., which acknowledged the importance of identifying “a reason that would have prompted a person of ordinary skill in the relevant field to combine the elements in the way the claimed new invention does.” 550 U.S. 398, 418 (2007).”

In Unigene v Apotex decided 25 August 2011 the invention concerned a pharmaceutical nasal spray containing calcitonin and about 20 mM of citric acid and the panel was Judges Rader, Moore and O’Malley. In its opinion the CAFC gave a clear and unequivocal warning about the dangers of relying on combinations of references arrived at by hindsight and said:

On the facts in issue, the Court held:

“Thus, the “about 20.0 mM citric acid” limitation alone supports the district court’s grant of summary judgment of nonobviousness. When used as an absorption enhancer in the ’116 patent, citric acid was one of over fifty options. See KSR, 550 U.S. at 421. Further, when the prior art used citric acid at about 20 mM, as in the ’315 patent, it was used only as a buffer. There is no genuine dispute of material fact that a person of ordinary skill attempting to make a liquid composition to deliver salmon calcitonin into a human body through nasal administration, would not have considered using about 20 mM citric acid with the narrowly claimed amounts of [other ingredients] because the formulation would not be expected to perform properly to meet the specificity of a pharmaceutical use.”

Star Scientific v R.J. Reynolds Tobacco was a decision of Judges Rader, Linn and Dyk and followed the next day, 26th August. In rejecting an objection of obviousness based on two prior art references the CAFC warned against hindsight selection of references:

“Importantly, the great challenge of the obviousness judgment is proceeding without any hint of hindsight. See ATD Corp. v. Lydall, Inc., 159 F.3d 534, 546 (Fed. Cir. 1998) (observing that obviousness “cannot be based on the hindsight combination of components selectively culled from the prior art to fit the parameters of the patented invention”). Further, secondary considerations “may often be the most probative and cogent evidence [of non- obviousness] in the record.” Stratoflex, Inc. v. Aeroquip Corp., 713 F.2d 1530, 1538 (Fed. Cir. 1983).”

The court went on to hold that there was no teaching, suggestion or motivation to combine the references as alleged, and that even if that combination was made the references when considered together did not teach the invention. It pointed to many relevant secondary considerations including substantial need in the industry, decades of unsuccessful attempts to meet that need, unexpected results and widespread market acceptance and licensing.

Once an invention is known, it is all too easy to trace the claimed features to two or three references culled with hindsight from the body of prior art. Judge Markey once famously wrote: “Only God creates new things. Man must work with old elements.” In the present sequence of cases the CAFC has given clear and repeated warnings that objections based on arbitrarily selected references should not be accepted at face value, and that this kind of objection should be applied with caution taking into account also the real merits of the invention as indicated by the new results achieved. Those who prosecute patent applications before the USPTO and face arbitrary hindsight objections of this kind will fervently hope that early heed should be given by the USPTO to these decisions and that instructions to examiners should urge a more cautious and measured approach before objections of this kind are made.