A “Modest Proposal” For The RCE Crisis 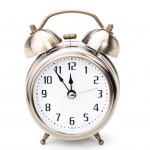 Commentators, including Prof. Hal Wegner, have been sounding the alarm regarding the increasing number of requests for continuing examination that applicants are filing. The PTO projects 325,000 RCE’s by FY 2018. They have gone further in recent posts, in attributing these filings to “outlier examiners” who refuse to continue prosecution after final rejection, even after agreeing that fairly simple amendments would result in allowance.  Some of these examiners are intent on “making law” – in other words, they have the tenure to ignore the MPEP and controlling decisional law. Other examiners are simply “young,” at least in experience. I find that these Examiners fail to allow applications because they don’t understand the concepts of burden or proof and/or what is, or is not, evidence of patentability. Wegner writes, “All the good intentions to improve the patent system will be for naught if the RCE continues to be used by outliers within the Office to swamp the system for personal production goals.” Hal has suggested a system whereby, after final rejection, applicants can petition to have the application transferred to another Group Unit for review by a senior examiner.

Given that these outlier examiners cannot be fired or retired, I think the solution is to bring back the “strong Practice Specialists” and to bring them back in force. From the mid- 90’s until about 2003, Group 1600/1800 had three “strong Practice Specialists” – Richard Schwartz, Brian Stanton and Margaret Parr. I only worked with the first two, but heard many good reports about Margaret as well. Needless to say, they are no longer at the Office. These were bright, experienced (ex-)Examiners who had real power to effectively compel examiners to allow cases.

This is how the system worked. If the issues were extremely focused – meaning that 99% of the time the final rejection was based on alleged anticipation or on a fairly straightforward obviousness rejection – often based on just one or two references – and the Examiner was clearly (of course) wrong – I would call Richard or Brian. They would pull a number of the examiner’s pending cases at once – so as to attempt to prevent retribution if they determined that I was wrong –and review the rejection in question. If they agreed with me, they would walk into the examiner’s office and tell them why he/she should allow the case. If the examiner absolutely refused, the case might go to appeal, but they could block the examiner from filing an Answer. Although Brian and Richard did not always agree with me, I never had to go this far. They could also offer a compromise. Historically, Director John Doll absorbed a lot of criticism for how he ran 1600/1800 in this period but this is one thing he got right.

So, Director Kappos, let’s try it again. Only let’s unleash an “A Team” of thirty or more Practice Specialists with a mandate to break up the types of stalemates that lead to RCEs. I know that there are Prosecution Ombudsmen, but so far as I can tell they have no clout, particularly with senior outlier examiners. Appeal Conferences have been no help, either. Applicants cannot participate and a negative outcome – almost assured since the examiner and his SPE or Group Director are going to make up 2/3 of the panel – will only lead to more RCEs.  Simple raising the cost to applicants to file an RCE or to appeal is not a fix, not when they have no choice. Let’s have some change that matters, to coin a phrase.