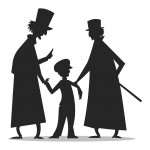 On July 3rd, the PTO released 13 pages entitled “2012 Interim Procedure for Subject Matter Eligibility Analysis of Process Claims Involving Laws of Nature.” They are intended as guidance for Examiners who encounter such claims, e.g., in Group 1600, in the setting of a method of medical treatment or a diagnostic method.

The guidelines are an attempt to conform the examination process to the S. Ct.’s decision in Mayo v. Prometheus and set forth a three-part inquiry to determine patent eligibility: 1) Is the claimed invention directed to a process? 2) Is a natural principle – e.g., a naturally occurring relation or correlation a limiting feature of the claim, and 3) Does the claim include additional elements/steps or a combination of elements/steps that integrate the natural principle into the claimed invention such that the natural principle is practically applied, and are sufficient to ensure that the claim amounts to significantly more than the natural principle itself? “(Is it more than a law of nature + the general instruction to simply “apply it”)? If the answer to the 3 queries is “yes”, “yes”, “no”, the claim is patent ineligible. Number 1 is pretty easy, number 2 is trickier than it appears and number 3 is pretty much stuck in the Twilight Zone.

The guidelines struggle to “explain” the holding in Mayo, in view of the Court’s statements that (a) the decision was not intended to negate the patent-eligibility of new drugs or new uses of known drugs, but that (b) the Prometheus claims focused on a law of nature – the “relationships between concentrations of certain metabolites in the blood and the likelihood that a dosage of a thiopurine drug will prove ineffective or cause harm,” that the PTO had not previously treated as laws of nature. Of course, as I have written earlier, the Court clearly saw the Prometheus claims as an attempt to claim an old use for an old drug, but the consequences of this type of claiming should be found under 102/103, not under 101.

The guidelines review the rationale behind Mayo mostly by quoting from the decision, and give a simple, equally deficient regimen claim: “A method of determining [an] effective dosage of insulin to a patient, comprising the steps of administering a dose of insulin to a patient, testing the patient’s blood for the blood sugar level, and evaluating whether the insulin dosage is effective based on the blood sugar level.” Good thing society will henceforth be free from such worthless claims! To paraphrase lines from a B horror movie, “There are some laws that man was not made to tamper with!”

The guidelines spend most of their legal effort on trying to explain what the “more” is that needs to be added to a claim and, although the term “biomarker” does not appear, next to regimen claims, diagnostic claims appear to fare the worst. Example 2 begins by positing that “[t]here is a naturally occurring correlation between a patient having rheumatoid arthritis [RA] and their level of rheumatoid factor IgM. A claim to a method of determining an increased likelihood of having or developing RA in a patient by contacting a serum sample with an anti-IgM antibody and making the positive diagnosis based upon “the increased binding of the anti-IgM antibody to IgM rheumatoid factor in the serum sample.” Claim 2 adds a step of comparing the anti-IgM antibody [rheumatoid factor?] to the positive control sample [that has also been contacted with the Ab].

Since both these claim include the limitation of a correlation between RA and the rheumatoid factor IgM, query/test 3 must be applied, and both these claims fail the test. “All of the [obtaining, contacting and diagnosing] additional steps [in addition to the increased binding?] integrate or relate to the correlation,…with the step of determining the diagnosis making direct use of the correlation…The steps do not require substantially more than simply obtaining a sample to investigate and contacting it with a generically recited antibody…..Moreover, when the claim is considered as a whole, the steps taken together amount to no more than recognizing the law of nature itself.” Game. Set. Match.

But this example seems to go farther than required by Mayo, and to endorse the “Metabolite Labs. dissent” before the S. Ct. gets around to it – as they almost certainly will when they affirm the patent ineligibility of claims to comparing a patient’s BRCA2 DNA sequence with a reference sequence and concluding that a predisposition to breast cancer does or does not exist. But that’s a (sad) story for another (dark) day.

The example does go on to assert that the use of a novel Ab would allow the claim to move forward into 102/103 Land because the claim now “does not cover substantially all practical applications of the correlation because it is limited to those applications that use the [novel antibody].” In other words, unlike the claims in Ariad, such a claim is not simply directed to blocking the nF-KB pathway.

If a new use of an “existing drug” is patent-eligible, then the disabling correlation cannot be that between the drug and its therapeutic effect, e.g., the use of aspirin to treat Alzheimer’s disease by administering a treatment effective amount of aspirin, etc. The claim recites this “correlation” but clearly does not pre-empt all uses for aspirin. Extending this reading of the guidelines to biomarkers, a known biomarker, PAL, that is indicative of the aggressiveness of multiple myeloma, or of its susceptibility to a specific treatment would be claimable as indicative of the agressiveness or susceptibility of another form of cancer. Right? But what about the first use of a biomarker to diagnose a specific pathology, such as the use of elevated homocystine to diagnose cobalamin deficiency? How does an applicant demonstrate that not all practical uses of this marker have been preempted? Claim the invention more narrowly than its patentable scope?

The guidelines are clear that it might be wise to keep the mechanism of action out of treatment claims, even if the drug is novel! “Claims that do not include a natural principle as a limitation do not raise issues of subject matter eligibility under the law of nature exception. For example, a claim directed to simply administering a man-made drug [with or without a recited therapeutic effect?] that does not recite other steps or elements directed to [the] use of a natural principle, such as a naturally occurring correlation [which must not include the recited therapeutic effect!], would be directed to eligible subject matter. Further, “a claim [of any class?] that recites a novel drug or a new use of an existing drug, in combination with a natural principle, would be sufficiently specific to be eligible because the claim would amount to significantly more that the natural principle itself.” Whew! (I think). But still, like Oliver in the musical, I am left pleading, “Please, sir, may I have some more.”