This is a guest post from Ron Schutz of Robins, Kaplan, Miller & Ciresi. 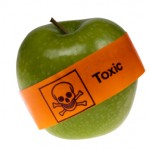 Move over Snow White.  A deeply-divided Federal Circuit in CLS Bank Int’l.  v. Alice Corp. Pty. Ltd., issued a per curiam opinion that dwarfs the scope of patent-eligible subject matter under § 101―and turns business method software into the saddest (former) patents of them all.  Because the majority could not agree on a rationale for its conclusion that the method and computer-readable medium claims at issue lacked subject matter eligibility, the seven-opinion decision (it seems no one was Bashful) has no precedential weight.  A not-so-Happy dissenting Judge Moore stared into the magic mirror and asked if CLS Bank may be “the death of hundreds of thousands of patents, including all business method, financial system, and software patents as well as many computer implemented and telecommunications patents.”  Any hope of a happily-ever-after for those patents now hinges on whether the Supreme Court bestows a reviving, certiorari-granted kiss or, instead, wickedly tells patent holder Alice Corporation (and the rest of the majority software industry) to kiss off.

The patents at issue in CLS Bank relate to a computerized trading platform used for conducting financial transactions in which a third party settles obligations between a first and a second party so as to eliminate “counterparty” or “settlement” risk.  The four patents in the suit claim (1) a computerized method; (2) a computer-readable medium containing computer instructions; and (3) a computer media system that implements those instructions.

CLS Bank brought a declaratory judgment action against patent holder Alice Corporation (“Alice”) seeking a determination of invalidity and non-infringement.  After limited discovery, and before claim construction, the district court granted CLS Bank’s motion for summary judgment.  The district court held Alice’s method, systems, and media patents invalid under § 101 on the grounds that they all sought to preempt use of an abstract idea.  On appeal, a panel of the Federal Circuit reversed the district court and en banc review ensued.

All the action really takes place in the remainder of the six separate opinions in the case.  Foremost among them is that drafted by Judge Lourie in which four other judges joined.  The Lourie opinion first reviews five relevant Supreme Court cases from 1972 to 2011, and concludes that there should be an “integrated approach” to resolving the question of patent eligibility under § 101.  According to this view, patents “should not be allowed to preempt the fundamental tools of discovery” which must remain “free to all.”

In order to prevent the preemption of an abstract idea or scientific truth, the Lourie opinion says courts should require an “inventive concept” that is “a product of human ingenuity.”  In addition, that human contribution must represent more than a trivial appendix to the underlying abstract idea.  Claim limitations that are “merely tangential, routine, well-understood, or conventional” cannot serve to make an otherwise unpatentable abstract idea patent eligible.  Those joining this opinion agreed that Alice Corporation’s idea of reducing risk by facilitating trades through a “third-party intermediation” was too abstract to be allowed because “[i]t is a ’disembodied’ concept . . . a basic building block of human ingenuity, untethered from any real-world application.”

An opinion by Chief Judge Rader follows on the patent ineligibility of method and media claims in which three other judges concur.  But both Judge Rader and Judge Moore separately argue that the system claims regarding software embodied in hardware are patent eligible.

The Rader opinion insists that the software-hardware combination must be allowed to be patented. “Machines are expressly eligible subject matter.  Having said that, however, were it not for software, programmable computers would be useless.  A computer without software collects dust, not data.”  In Rader’s view, allowing software patents just isn’t that different from allowing patents on more physical electronics.  An inventor could claim a machine “with circuitry, transistors, capacitors, and other tangible electronic components precisely arrayed to accomplish the function of translating Chinese to English.”  “The fact that innovation has allowed these machines to move from vacuum-tube-filled specialized mechanical behemoths, to generalized machines changed by punch cards, to electronically programmable machines that can fit in the palm of your hand, does not render them abstract. ”

The other opinions contain Judge Moore’s predictions regarding the possible death of thousands of patents issued in the last ten years; Judges Linn and O’Malley’s joint view that all of Alice’s claims should survive § 101’s inquiry; Judge Radar’s separate thoughts on the folly of ignoring the plain language statute; and writing alone, Judge Newman’s suggestions for a different approach to the ones her colleagues used—apparently offered in the hope that future § 101 cases would not be Dopey.