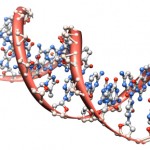 How does yesterday’s Supreme Court decision match international opinion on the patentability of biological material? From a European and indeed from an Australian standpoint it can be said with some confidence: not so well.

The USPTO has now made its policy clear in a letter from Andrew H Hirshfeld, Deputy Commissioner for Patent Examination Policy to the Patent Examining Corps:

The entire commentary can be downloaded here:  Myriad Commentary.