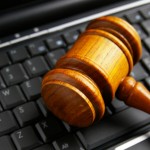 On Friday, a narrow majority of the Fed. Cir. sitting en banc, reaffirmed that claim interpretation is a question of law, to be reviewed de novo upon appeal to the Fed. Cir. (A copy of the decision can be found below.) Judge Newman, for once writing for the majority, ruled that the weight of stare decisis tipped the balance toward not overturning the 1998 Cybor decision, also en banc, which established the de novo standard. Judge Newman wrote that Cybor properly implemented the Supreme Court’s ruling in Markman II (1992) that claim construction is a question of law, and not a question of fact or even a mixed question of law and fact.

She noted the difficulty the Fed. Cir. would face if it had to decide that “a fact was at issue” in any district court ruling on claim interpretation and noted that Cybor did not displace the lower court’s power to rule on many other issues, such as infringement, validity and damages.

Pens will be flying across the law review and blogoshere spaces for years analyzing this decision and I have not had time to read all of it this morning, but the traditional closing of “more later” is certainly an understatement.