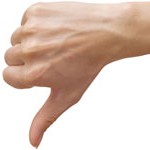 The USPTO held a four hour public forum on the new, disruptive s. 101 examination guidelines on Friday afternoon. The forum featured ten speakers from the patent bar, including Hans Sauer of BIO, Leslie Fishcher from Novartis, Barbara Fiacco (for the AIPLA), Greg Cox (speaking for the ABA IPL Section) and your truly (speaking out for justice, of course – my slides are attached). There were also three break periods where the studio audience or webinar participants asked questions.

There were brief opening remarks by Deputy Director, Michelle Lee, but the Forum was presided over by Drew Hirshfeld, who is Deputy Commissioner for Patent Examination Policy (He has Steve Kunin’s old job) and who signed off on the Guidelines. Jerry Lorengo, the relatively new Director of 1600 was present, but did not have a big role in the proceedings. Mr. Hirshfeld’s Legal Advisor, Raul Tamayo, made the PTO’s position on compound and composition claims clear: “The Supreme Court has never held that a claim reciting a natural product eligible unless it was structurally different from what occurs in nature.” The PTO clearly intends to fill that gap in jurisprudence, and has taken the position that a functional difference cannot per se meet the requirement for a structural difference.

Not surprisingly, all of the presentations were critical of the Guidelines. Speaker (after speaker) and the audience focused on the shaky legal foundation for the “markedly different” requirement in Chakrabarty and Funk Bros., the narrow holding of Myriad, the inept separation of process and composition claims in the Guidelines and the difficulty Examiners (and everyone else) will have in applying the factors weighing for or against patent-eligibility. (Are they all to be given equal weight? Will any two cancel out each other?)

There was a consensus that functional differences between a natural product and the claimed composition should suffice to pass 101. It was argued that the Office was encouraging Examiners to dissect claims into component parts, ignoring Diehr’s requirement that claims are to be considered as a whole, and the natural principle be considered in the context of its application.

I thought that more time could have been spent on diagnostic claims and claiming, but there was general agreement that Mayo involved a “bad claim” that the Supreme Court thought was just too broad, particularly in view of the “field of use” language. Justice Breyer did not view the claims as a new use for an old compound. (I have identified the claims as directed to an “old use for an old compound.”)

At the end of the Forum, Mr. Hirshfeld stated that we should not expect the Office to withdraw the Guidelines. In a recent Saturday Night skit a purported woman from a small Russian village said that she only visited Sochi to throw herself into the sea, “But the line was too long!” The courts should get ready for long lines of inventors throwing appeal briefs into this sea of sorrow.